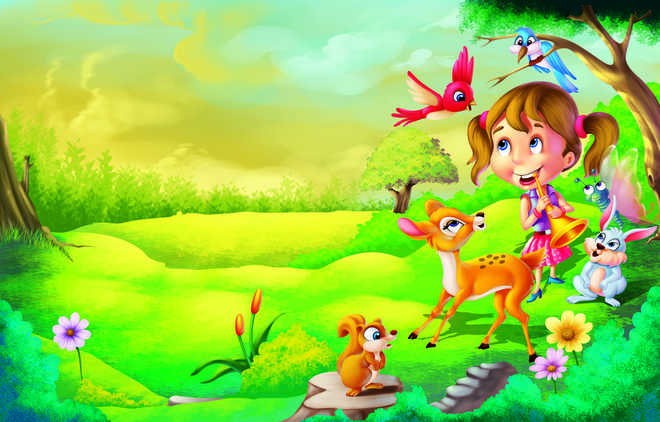 Budding animators, gamers and visual effect artists will soon find their hobbies mainstreamed in the Indian educational and job systems with the government readying school curriculum and dedicated undergraduate and post-graduate degrees in the booming AVGC (Animation, Visual Effects, Gaming and Comics).

The idea is to unleash the potential of the segment which has the capacity to create 20 lakh jobs by 2030, as against current employment based of 1.85 lakh people.

As the roadmap to help India replicate the IT boom in the AVGC sector, the governmental AVGC taskforce on Monday recommended a range of measures to prepare a landscape for education, skilling and employment of sector enthusiasts.

Top suggestion is the creation of NCERT- and CBSE-approved school curricula for the segment from Class 6 to 12 level and institution of dedicated UGC approved undergraduate and post-graduate degrees.

The task force headed by Information and Broadcasting secretary Aporva Chandra submitted its recommendations to the government on Monday suggesting a National AVGC Mission to implement the roadmap.

By the next academic session, the education inistry will prepare a panel of AVGC experts for higher educational institutions to choose from. "AVGC sector experts will be permitted to teach under UGC's Professor of Practice scheme and the panel of experts to choose from will be ready by the next session,” Higher Education Secretary K Sanjay Murthy said.

By 2024, the government hopes for 400 universities to offer AVGC courses with the content being developed in close collaboration with industry experts led by Ashish Kulkarni of the Shaktimaan animation series fame.

The AVGC industry is globally a USD 370 billion economy with animation making up USD 170 billion and gaming USD 200 billion. India's share in the global market is just one per cent.

The taskforce was formed in April this year in line with Finance Minister Nirmala Sitharaman’s budget announcement regarding the same.