Justice Suresh Kait, while issuing notice to the Gandhis, Oscar Fernandes, Suman Dubey, Sam Pitroda and Young India, seeks their stand on Swamy’s plea by April 12 and stays the proceedings in the case till then 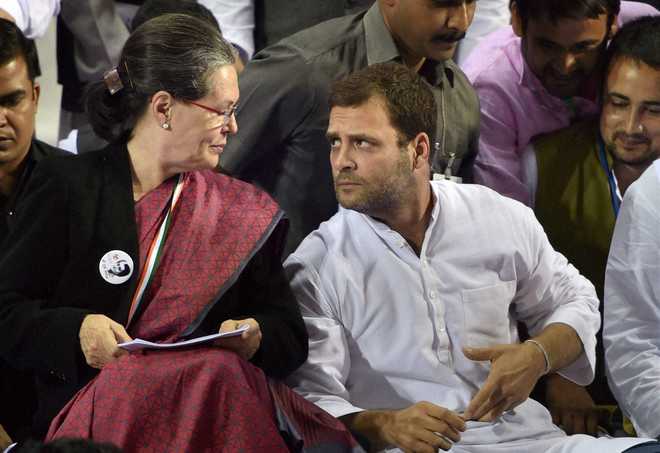 The Delhi High Court on Monday sought responses of Congress chief Sonia Gandhi, her son Rahul Gandhi and others accused in the National Herald case, on a plea by BJP MP Subramanian Swamy seeking to lead evidence before the trial court.

Justice Suresh Kait, while issuing notice to the Gandhis, AICC general secretary Oscar Fernandes, Suman Dubey, Sam Pitroda and Young India (YI), sought their stand on Swamy’s plea by April 12 and stayed the proceedings in the case till then.

Advocate Satya Sabharwal, appearing for the BJP MP, and advocate Tarannum Cheema, appearing for the Gandhis and others, confirmed that the high court had issued notice in the matter and stayed the trial court proceedings till April 12.

Swamy has moved the high court aggrieved by a trial court order of February 11 declining, for now, his plea to lead evidence to prosecute the Gandhis and the other accused in the case.

The trial court had said that Swamy’s application under Section 244 of the CrPC to lead evidence would be considered after his examination in the case was over.

Swamy has sought summoning of certain witnesses, including the secretary general (registry officer) of the Supreme Court, a deputy land and development officer, and a deputy commissioner of Income Tax, and also directions to them to prove certain documents which are part of the case.

In a private criminal complaint in the trial court, the BJP leader had accused the Gandhis and others of conspiring to cheat and misappropriate funds by paying only Rs 50 lakh, through which Young India Pvt Ltd (YI) obtained the right to recover Rs 90.25 crore that Associate Journals Ltd, owner of National Herald, owed to the Congress.

Proceedings against Vora abated subsequent to his death, while the others were summoned by the trial court in 2014 for the alleged offences of misappropriation of property, criminal breach of trust and cheating, read with criminal conspiracy of the Indian Penal Code. PTI