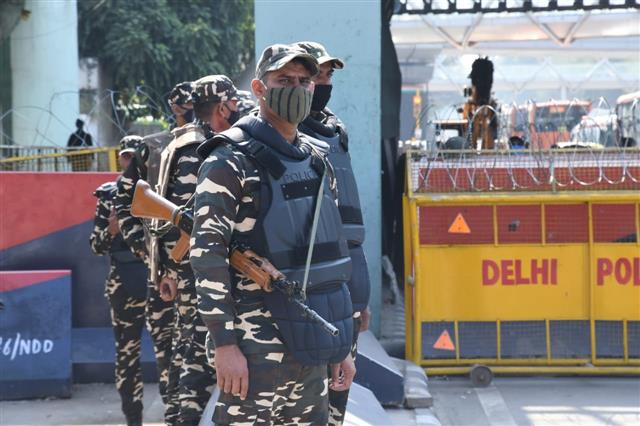 The Delhi Police have deployed over 40,000 police personnel in and around the National Capital to avoid any kind of flare up amidst calls for a countrywide chakka jam by the Kisan Unions.

The police are keen to avoid flash protests, like the ones witnessed on Republic Day when farmers veered off their designated rally route to enter the Red Fort before clashing with the police at ITO.

Additionally, the police have taken few left leaders in preventive custody, including secretary of All India United Trade Union Centre (AIUTUC) Manager Chaurasia and vice president of Delhi unit’s Centre of Indian Trade Unions (CITU), who had called for a protest in Shaheed Park to show solidarity with the farmers.

Besides, local police stations have been asked to keep a watch for small protests and other sort of disruptions, with a special focus on West Delhi, which has a large population from Punjab.

In addition, 10 metro stations have been shut.  Entry and exit gates of several stations, including Mandi House, ITO, Delhi Gate, and others have been closed as a precautionary measure. Besides twelve other stations have been put on alert and may be closed if protests erupt in those areas. Some Leftists were detained at Shahidi Park.