Delhi Police write to Zoom, seek details of those who attended toolkit meeting ahead of R-Day : The Tribune India

Delhi Police write to Zoom, seek details of those who attended toolkit meeting ahead of R-Day

‘70 people had attended the meeting through Zoom app, modalities decided to create ‘toolkit’’ 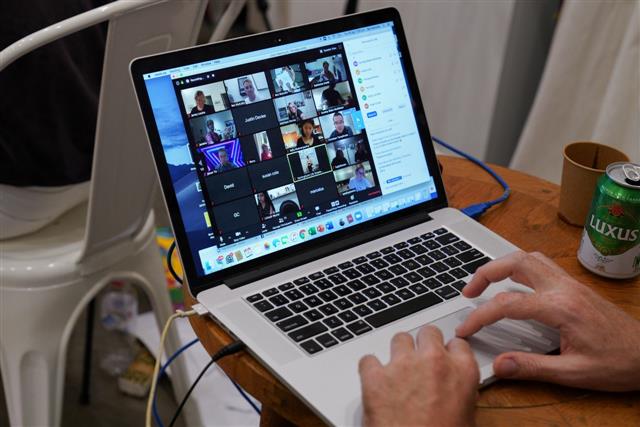 The Delhi Police has written to video conferencing platform Zoom seeking details of those who participated in the January 11 meeting organised allegedly by a pro-Khalistani group to prepare a protest “toolkit” backing the farmers’ agitation, officials said on Tuesday.

Police alleged that Mumbai lawyer Nikita Jacob and Pune engineer Shantanu were among the around 70 people who had attended the meeting through Zoom app, days before the Republic Day violence in the national capital that leftover 500 police personnel injured and one protester dead.

“The Delhi Police has written to video conferencing app Zoom seeking details of participants who attended the meeting on January 11,” the official said.

On Monday, Joint Commissioner of Police (cyber) Prem Nath had alleged that the e-mail account created by Shantanu is the owner of this Google document.

“Nikita and Shantanu had on January 11 attended a Zoom meeting organized by PFJ in which modalities were decided to create the ‘toolkit’ titled ‘Global Farmer Strike’ and ‘Global Day of Action, 26 January’,” Nath said. — PTI