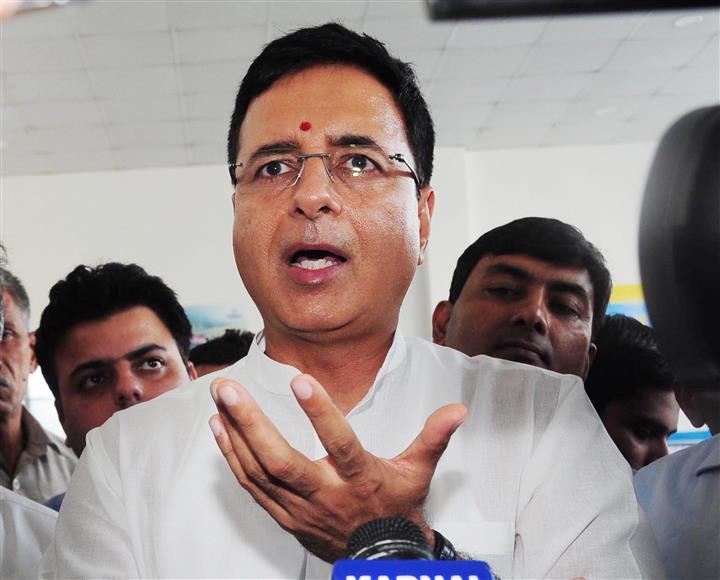 The Congress on Monday took a swipe at Prime Minister Narendra Modi over BS Yediyurappa's resignation as Karnataka chief minister, and said he is yet another "victim" of the PM, who has a record of allegedly forcing retirements of senior BJP leaders.

Congress general secretary Randeep Surjewala alleged that it is Delhi's autocracy that decides chief ministers and not the will of BJP's MLAs.

He alleged that the BJP government in Karnataka is an "illegitimate" one as it is born out of "defection and corruption".

The Congress has been alleging that the BJP used the Pegasus spyware to oust the Congress-JDS government in the state.

"The ignominy, torment and insult being heaped upon Sh. B.S. Yediyurappa by Modi ji, dictating him to tender his resignation, makes him PM's latest victim and member of the 'forced retirement club'," Surjewala said on Twitter.

"We now know that Delhi's autocracy decides CMs and not the will of BJP's MLAs," he further said.

"The stark reality is that Modiji habitually insults and compulsorily throws senior BJP leaders in dustbin of history," the Congress leader alleged.

Yediyurappa has, however, claimed that there was no pressure on him from the party leadership to resign and he has tendered his resignation on his own.

"Modiji's record is replete with painful and forcible retirements of Advaniji, M.M. Joshiji, Keshubhai Patelji, Shanta Kumarji, Yashwant Sinhaji and many others. The list of Modiji's victims in the BJP doesn't end here," Surjewala said.

He also cited the names of Sumitra Mahajan, Sushma Swaraj, Uma Bharti, CP Thakur, AK Patel, Haren Pandya, Harin Pathak, Kalyan Singh as those leaders who have been retired by the top brass of the BJP.

Congress leader Mallikarujun Kharge, however, termed the resignation of Yediyurappa as an internal matter of the BJP.

Taking on the BJP over the Pegasus spying issue, Surjewala said, "Malady is with BJP's corrupt Government and appalling maladministration in Karnataka, for it is an illegitimate Government born out of “defection and corruption”."

"Will merely changing the face change the diabolical character of the BJP Government synonymous with mal-governance and decay," he said.

Yediyurappa announced his resignation as chief minister in the Karnataka Vidhan Souda on Monday afternoon. PTI