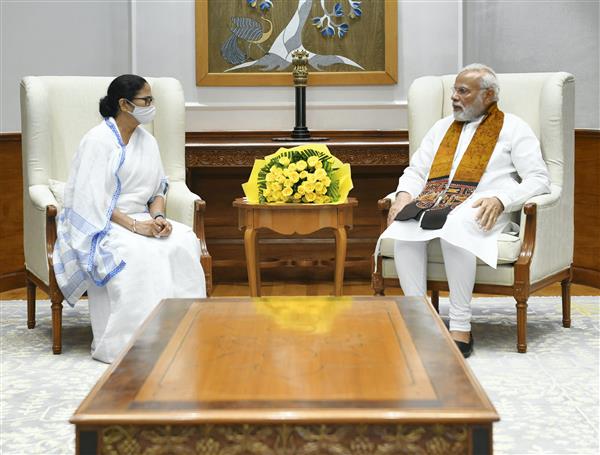 “I request urgent release of funds due to West Bengal for the implementation of schemes, including MGNREGA, PM Awas Yojana and PM Gramin Sadak Yojana. The dues from the central government on these schemes amount to over Rs 17,996 crore,” read the letter she submitted to PM Modi.

“A sum of Rs 1,00,968.44 crore for many development and welfare schemes is also due. With such large amount remaining outstanding, the state is facing extreme difficulty in running affairs and take care of people,” states the letter. Mamata has frequently accused the BJP-ruled Centre of discriminating against West Bengal and not releasing funds. CPI(M) leader Sujan Chakraborty said, “Whenever a big scam comes to light in West Bengal, Mamata comes calling to PM Modi. She managed to get her nephew Abhishek Banerjee’s name excluded from the chargesheet filed by the CBI in the coal pilferage scam,” Chakraborty alleged.

On Sunday, the West Bengal CM is set to attend a NITI Aayog meeting, which will be chaired by PM Modi. Mamata, who never hides her contempt for the aayog, has skipped the council's meet on earlier occasions. Following the meeting between PM Modi and Mamata, the TMC reiterated its stance to abstain from Vice-President election, scheduled to be held tomorrow.