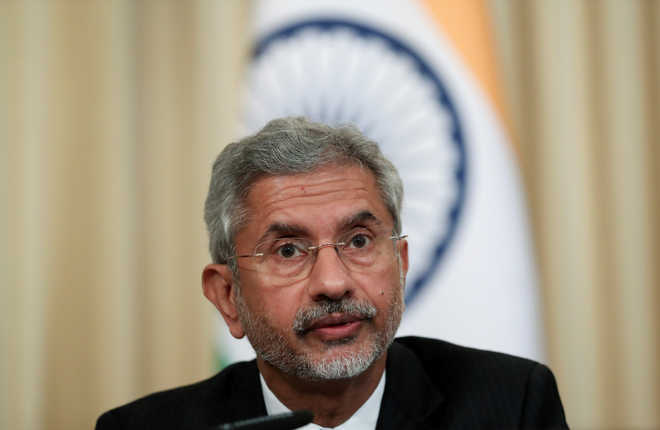 India and China have agreed to set up a hotline between the two Foreign Ministers to sort out wrinkles before they turn into differences.

This hotline will be in addition to the agreed-upon military hotline between the Army's Director General of Military Operations (DGMO) and Chinese PLA’s Western Theatre Command.

India and China had initially signed an agreement in 2010 to set up a hotline between the two premiers but it failed to materialise after remaining on the agenda for a few years. The military hotline has been accepted by both sides and could replicate the arrangement on the western border with Pakistan.

The Chinese Foreign Ministry said both sides had agreed to set up a communication hotline to exchange opinions in a “timely” manner.

Releasing details of the 75-minute telephonic conversation on Thursday between External Affairs Minister S Jaishankar and his Chinese counterpart Wang Yi, the MEA said the two “discussed the situation along the LAC in eastern Ladakh and also issues related to overall India-China relations”.

Jaishankar was upfront about China’s “provocative behaviour and unilateral attempts of the Chinese side to alter the status quo”.

“The disturbance of peace and tranquillity, including by violence, will inevitably have a damaging impact on the relationship,” he told Wang, said an MEA read-out of the conversation.

Jaishankar also sought disengagement and de-escalation as the first step towards restoring normalcy. “It was necessary to disengage at all friction points in order to contemplate de-escalation of forces in this sector. That alone will lead to restoration of peace and tranquillity and provide conditions for progress of our bilateral relationship.”

The minister’s emphasis on normalcy as the basis for restoring bilateral ties appeared to counter Wang’s observations released by the Chinese Foreign Office which quoted him as saying that the “border issue is not the whole story of China-India relations, and should be placed in a proper position in their relationship”.

Wang also said India had “vacillated and even moved backwards over its policy on China, which has affected and disrupted bilateral pragmatic cooperation”. The experience over the past few decades has repeatedly demonstrated that “acts of highlighting differences will not help resolve the issue, but erode the foundation of mutual trust”, he said.

The two Foreign Offices had different takes on the disengagement process. Beijing suggested that the crisis had blown over with Wang stating that “both sides must cherish the current hard-won situation” but the MEA on Thursday described the disengagement around Pangong Lake last week as only “a significant first step”.