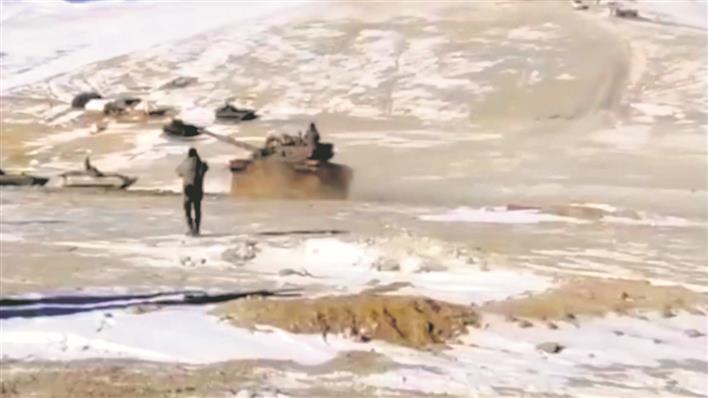 The disengagement process between India and China in eastern Ladakh is in final stages and on the brink of completion, top officials of the country's defence establishment told a parliamentary panel during a meeting on Thursday.

The meeting witnessed an argument between Oram and Gandhi when the Congress leader asked some specific questions to the officials deposing before the panel, which the chairman felt was not on the agenda of the meeting, sources said.

The agenda of the meeting was to examine demands for grants of the Defence Ministry in this year's Budget.

In the presentation before the panel, officials informed that Indian Air Force (IAF) for the year was planning to acquire Light Combat Helicopter (LCH), Avro transport aircraft replacement, upgrade of UAV systems, Harop (P-IV), Avionics upgrade of IL-76, IL-78 among others, according to sources.

The committee was also informed that the 83 Tejas aircraft, acquisition of which was approved by Union Cabinet last month, will be inducted in four squadrons. Induction of these aircraft would augment the present overall fighter squadron strength of IAF and would partially offset the phasing out of MiG-21 and MiG-27 squadrons, said sources.

Responding to members' question, top officers from armed forces also informed the panel that the disengagement between armed forces of India and China in eastern Ladakh was in final stages and on the brink of completion, sources in the panel said.

Earlier in a statement given to both Houses of Parliament during the first part of the Budget Session, Defence Minister Rajnath Singh had said India and China have reached an agreement on disengagement in the north and south banks of Pangong lake in eastern Ladakh to "cease" forward deployment of troops in a "phased, coordinated and verifiable" manner.

Singh had also assured that India has not conceded anything in the sustained talks with China and it will not allow even an inch of its territory to be taken away by anyone. PTI