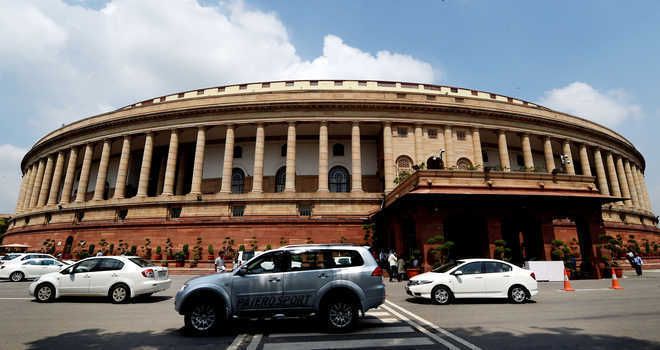 Law Minister Kiren Rijiju said in the Rajya Sabha that the Election Commission had received 130 hate speech complaints since the 2019 Lok Sabha elections. While 58 were received during 2019 LS elections, 34 were received during the Assembly polls in Delhi in 2020, 29 each in Assam, West Bengal, Tamil Nadu, Kerala and Puducherry in 2021, and eight each during elections in Goa, Manipur, Punjab, Uttarakhand and UP in 2022.

The Director General of Civil Aviation has not prescribed any guidelines specifying the life for an aircraft to fly in India, the government said in Parliament on Thursday, the same day when it said 18 emergency landings had taken place in the country over the past two years. Replying to a question on aircraft safety, MoS for Civil Aviation General VK Singh (retd) said aircraft were considered airworthy in India provided the maintenance was as per approved schedules laid down by the manufacturer.

The Ministry of Law on Thursday said the government had not constituted any committee to implement the uniform civil code. Law Minister Kiren Rijiju told the Rajya Sabha that the government had requested the Law Commission of India to examine various issues relating to the code and make recommendations thereon.