Exit polls predict big BJP victory in Gujarat, give it edge in Himachal : The Tribune India

Exit polls predict big BJP victory in Gujarat, give it edge in Himachal

An average of exit polls on Monday handed over Gujarat to the BJP and predicted the party had an edge in Himachal Pradesh, in what could prove to be historic and record wins should the projections hold good on December 8, the day of counting. 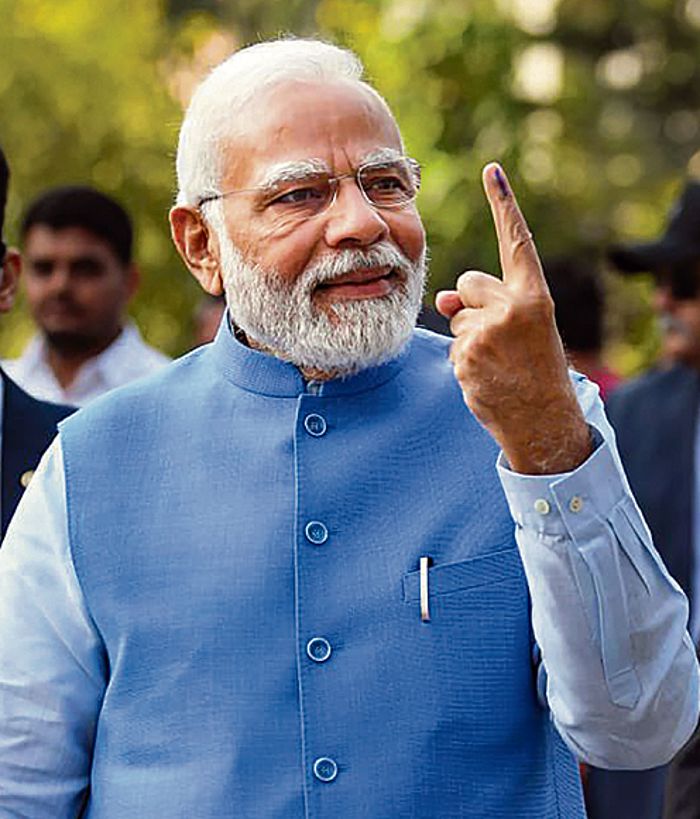 Barring Aaj Tak-Axis My India, all others projected a BJP win in Himachal, though by a slender edge. No incumbent government has retained power in Himachal since 1985.

AAP is predicted to be a non-starter in Himachal by exit poll projections, which give the Arvind Kejriwal led party a duck with the state in-charge Satyendar Jain lodged in Tihar Jail in the Delhi excise policy scam.

If exit polls hold, the BJP, powered by a personalised campaign in Himachal by Prime Minister Narendra Modi, would have created history by becoming the first government since 1985 to retain power, same as it did in Uttar Pradesh and Uttarakhand where incumbents have been historically voted out for years. 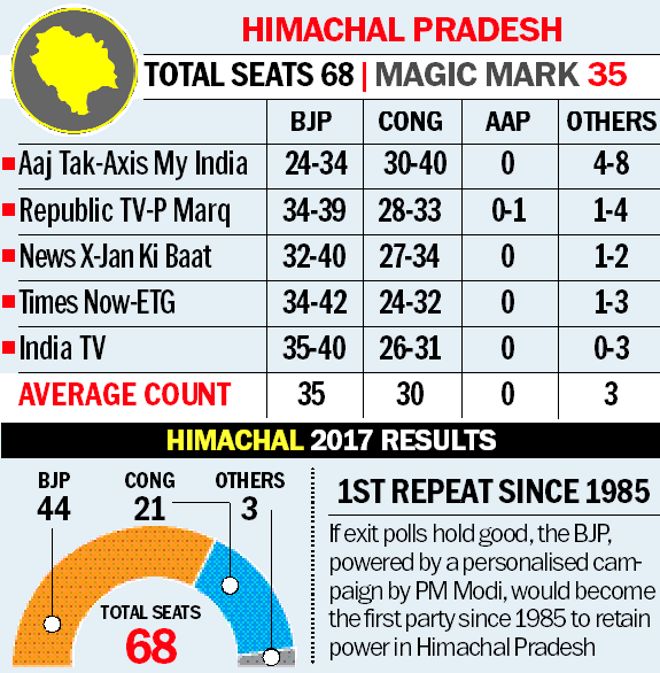 In Gujarat, the poll of polls gave 132 seats out of 182 to the BJP (majority mark being 92) with the saffron brigade looking to break its own record of the highest 127 seats in 2002 under Narendra Modi as the CM. This would also mean a record seventh consecutive term for the BJP, which has been ruling the state for 27 years since 1995.

PM Modi had during his intensive Gujarat campaign urged people to help sitting CM Bhupendra Patel surpass the 2002 record. The Congress, which in 2017 posted the best-ever performance since 1985, winning 77 seats, may settle at 41 this time, with former party chief Rahul Gandhi sufficing to hold only two poll meetings as against over 20 in the previous election.

AAP is projected to win seven seats in Gujarat, in a significant performance for a starter but not formidable enough to alter the state’s historical preference for direct fights.

The exit poll estimates broadly mirror BJP’s continued dominance as an electoral force, PM Modi’s raging personal appeal which he used in both states, the saffron party’s ability to consolidate pro-incumbency as a poll plank (seen in UP, Uttarakhand and possibly Himachal); consistent electoral decline of the Congress and gradual emergence of regional forces as potential challengers to the BJP, ahead of 2023 elections in nine states and the 2024 General Election.

AAP’s lacklustre show in Himachal could reflect its performance in neighbouring Punjab, should the poll projections come true.

Three exit polls predicted a clear win for AAP in the Municipal Corporation of Delhi (MCD) polls and an end to the BJP’s 15-year rule at the civic body.