Eye on China, India to have 6 more subs 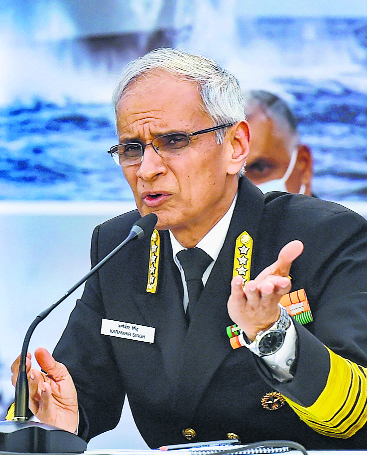 In a bid to match China, India is moving towards procuring a number of key assets, including six more submarines. It is also focusing on high-end unmanned systems or drones, all clearly aimed at tackling Beijing at sea.

Addressing the media today on the eve of Navy Day, Chief of Navy Admiral Karambir Singh said: “We are going to the Defence Acquisition Council for issuing a request for proposal (second stage of the tender) for the submarines.” The DAC is the apex decision-making body of the Defence Ministry. It meets once in 3-4 weeks.

A foreign manufacturer will tie up with an Indian partner to make these six next-generation stealth submarines for nearly $7 billion. Indian and foreign partners have already been shortlisted.

The process for acquiring 30 more “Predator” drones — two were recently leased from US firm General Atomics and may be deployed over the Himalayas — was under way, the Navy Chief said.

The police stop the tractor within minutes