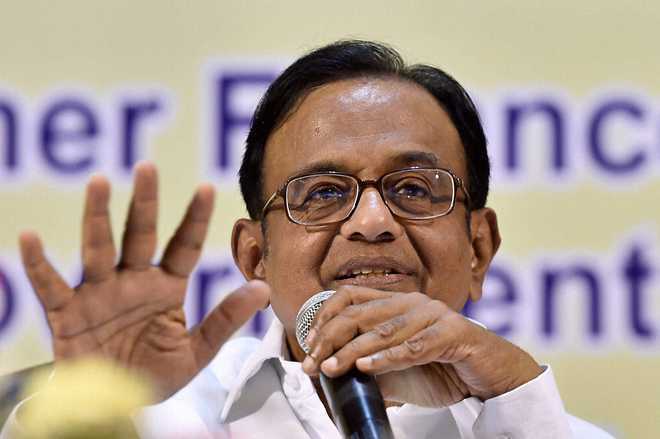 A day after the BJP accused the Congress of hypocrisy by proposing one thing when in power and resisting the same when in opposition, the Congress fielded veteran P Chidambaram to launch a counter-narrative on the farm bills.

Chidambaram on Saturday alleged that the Prime Minister and the BJP spokespersons had deliberately and maliciously distorted the Congress manifesto noting “a little knowledge is dangerous”.

Appealing to the larger opposition to prevent the passage of the agriculture-related bills in the present form, Chidambaram said the Congress manifesto promised to promote Farmers Producer Companies/Organisations to enable farmers to access inputs, technology and markets; establish farmers’ markets with adequate infrastructure and support in large villages and small towns to enable the farmer to bring their produce and freely market the same.

“Farmers need multiple accessible markets and choice. The Congress’s proposals would have given them that. Once that is accomplished, the Congress manifesto promise on repealing the APMC Act and making trade in agricultural produce free would be a natural sequel in course of time. While our promise is clear, the Modi government has surrendered to the corporates and traders,” said the ex-finance minister.

He said the two Farm Bills the Lok Sabha passed do not contain the clause that the price that the farmer will get from the private purchaser shall not be less than the MSP.

“Why is such a clause absent? The Bills undermine the only regulated market available to the farmer today, without creating thousands of alternative markets that will be accessible to the farmer. The Bills assume perversely that the farmer and the private purchaser

He said the Bills undermined the three pillars of our food security system—MSP, public procurement and PDS.

Sanjay Jha, suspended from the Congress, needled his own party saying the Congress had promised abolition of the Agricultural Produce Marketing Act. He tweeted, “Dear Fellow Congress-people, One must oppose PM Modi whenever justified; that's par for the course. But let's not make it a mindless obsession. On #APMC, there is a simple test: Does not APMC abolition end monopoly/cartels & so boost farmer's income? If YES, back the bills.”