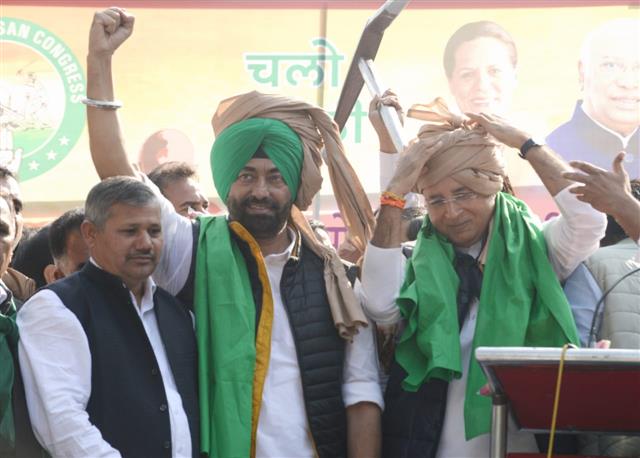 Scores of farmers affiliated to the All India Kisan Congress (AIKC) on Friday gathered at the Jantar Mantar here to demand legal guarantee for MSP and compensation for the kin of farmers killed in last year's agitation against the Centre's three farm laws.

The Congress’s unit for farmers also accused the BJP-led central government of not cooperating with farmers and reneging on its promises made to them following which the year-long stir on the Delhi borders was suspended.

The contentious farm laws were scrapped by Parliament in November last year.

Speaking to PTI, Hargobind Singh Tiwar, joint coordinator of the AIKC, said, "The Central government is neither cooperating with the farmers nor addressing their issues. It's been over a year since the anti-farm laws protest ended, but the government's promise of ensuring MSP for farmers has not been fulfilled."

Minimum support price (MSP) scheme must be implemented soon; the country still does not have a proper law for farmers which could directly benefit them, he rued.

Holding flags of the Congress and raising slogans of ‘Jai jawan, jai kisan, farmers from Uttar Pradesh, Haryana, Odisha, Chhattisgarh, Bihar and some southern states have gathered at Jantar Mantar.