Cong, CPM to exhibit ‘India: The Modi Question”, Rijiju says some people have still not got over “colonial intoxication” 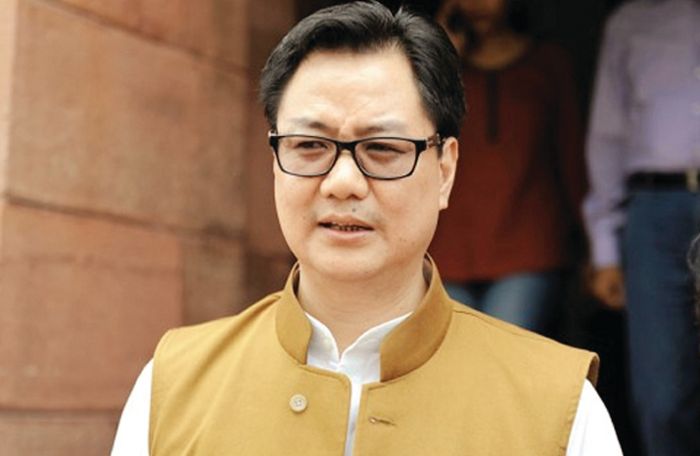 The controversy surrounding the BBC documentary “India: The Modi Question” on Prime Minister Narendra Modi and the 2002 Gujarat riots appears to be escalating with some opposition parties and youth outfits on Thursday announcing the decision to screen it despite the BJP-led Centre blocking the airing.

India, last week, described the documentary as a “propaganda piece designed to push a discredited narrative”.

Opposition parties slammed the move as “censorship" with some leaders also re-posting link that can be accessed via VPN, claiming that the ban proved that the 2002 communal violence still "haunts PM Modi and the BJP".

A day after the Jawaharlal Nehru University administration barred the JNU students’ union from screening on campus the documentary, the student wing of the ruling CPM and the minority wing of opposition Congress in Kerala announced their decision to screen it across the state.

BJP’s state unit chief K Surendran has written to Chief Minister Pinarayi Vijayan calling the documentary “insult to democracy and the judiciary of the country, asserting that the screening should not be allowed.

A group of students under the banner “Fraternity Movement- HCU unit” on Sunday reportedly screened the documentary on the campus of the University of Hyderabad or the Hyderabad Central University (HCU), prompting the University authorities to seek a report.

Apparently no permission was sought by the group and the authorities only became aware after members of ABVP, the BJP’s youth wing, complained to the Registrar.

The Centre had issued directions for blocking YouTube videos and Twitter posts sharing links to “India: The Modi Question”—a two-part documentary that is said to have investigated certain aspects related to the 2002 Gujarat riots when PM Modi was the Chief Minister.

The documentary has been rubbished as “propaganda piece” “lacking objectivity” and reflecting “colonial mindset” by the ruling BJP and the Ministry of External Affairs.

In yet scathing attack, apparently at those supporting the BBC, Union Law Minister Kiren Rijiju on Tuesday said some people have still not got over their “colonial intoxication” and for them “whites” were still their “rulers”.

“For some people, the white rulers are still the masters whose decision on India is final and not the decision of the Supreme Court of India or the will of the people of India,” Rijiju stated, tagging an earlier statement according to which every community, including the minority, were moving forward with positivity in India.

“Minorities, or for that matter, every community in India is moving ahead positively. India's image cannot be disgraced by malicious campaigns launched inside or outside India,” he said, adding that PM Modi voice was the voice of 1.4 billion Indians

In his media briefing last week, MEA spokesperson Arindam Bagchi said: “We think this is a propaganda piece designed to push a particular discredited narrative. The bias, lack of objectivity, and frankly continuing colonial mindset are blatantly visible”.