The officer, who has two young children and hails from Karnataka, joined the Indo-Tibetan Border Police (ITBP) in 2018 on deputation 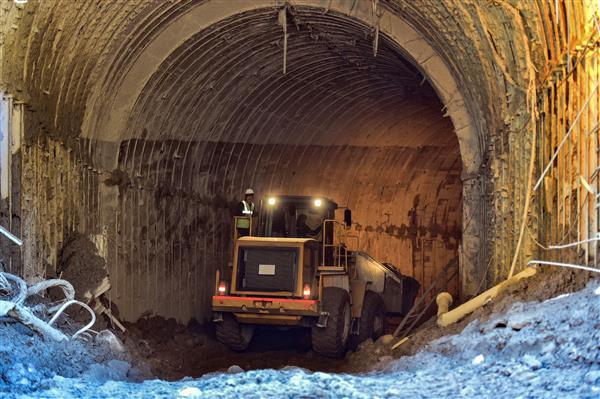 Rescue operations continue at Tapovan Tunnel, following the Sundays glacier burst in Joshimath causing a massive flood in the Dhauli Ganga river, in Chamoli district of Uttarakhand on February 11, 2021. — PTI

The rescue operation being undertaken at the Tapovan power tunnel in Uttarakhand is being led by the first woman ITBP officer to successfully scale the South Pole, and some other ace mountain-warfare trained officers of the border guarding force who have seen disasters in the hills up close.

Deputy Inspector General (DIG) Aparna Kumar, a 2002-batch Indian Police Service officer of the Uttar Pradesh cadre, is the senior-most field officer of the force on the ground.

Kumar, 45, who is the sector in-charge of the ITBP northern frontier based in Uttarakhand’s capital Dehradun, is well known as the first woman IPS and ITBP officer to successfully conquer the South Pole, the southernmost point on the globe situated in Antarctica, in 2019.

The officer, who has two young children and hails from Karnataka, joined the Indo-Tibetan Border Police (ITBP) in 2018 on deputation.

She told PTI on phone from Joshimath that the “operation of clearing the slush in the Tapovan tunnel is continuing”.

“It is a tough task but we are on it,” Kumar said.

She had told reporters in 2019 that her first brush with mountaineering happened when she was commanding a Provincial Armed Constabulary (PAC) battalion in Uttar Pradesh some years ago.

“I did my advanced mountaineering course in July, 2014 and since then there has been no looking back,” Kumar had said.

She has also completed the prestigious seven summits’ challenge by scaling all the seven top peaks of the seven continents and was awarded the Tenzing Norgay National Adventure Award by President Ram Nath Kovind in 2019.

“Kumar has been camping in the Tapovan-Joshimath area since the tragedy struck on Sunday. She also leads the ITBP in various multi-agency meetings being held close to ground zero,” a senior ITBP officer said.

The DIG is assisted by the Commanding Officer of the 1st ITBP battalion based in Joshimath (Chamoli district), Benudhar Nayak.

Nayak, the officer said, has a rich profile as he has served for long in the mountains. He was posted in Uttarakhand when the massive flash floods that occurred in 2013. That stint is coming in handy to deal with the current tragedy, the officer said.

Nayak was instrumental in quickly organising a team of over 400 personnel from his battalion and nearby units to launch the rescue operation after a possible glacier burst led to a flash flood in the Alaknanda river system and its fast swirling waters ravaged a number of villages in the border district of Chamoli and two hydro power plants.

At least 35 bodies have been recovered till now while about 170 are still missing.

The force has also put on job the personnel of its specialised mountaineering and ski institute located in Auli near Joshimath to undertake the operations.

These combat-ready personnel are working under the command of Deputy Commandant Nitesh Sharma.

“Sharma, a commando trained officer, was the one who first went into the small tunnel on Sunday from where 12 NTPC Tapovan workers were saved by the ITBP on Sunday,” another officer said.

All these officers have been camping in the area since the day the tragedy struck and they are as eager to find success as the distraught family members of the about 30-35 men who are trapped inside the tunnel, the second officer said. — PTI