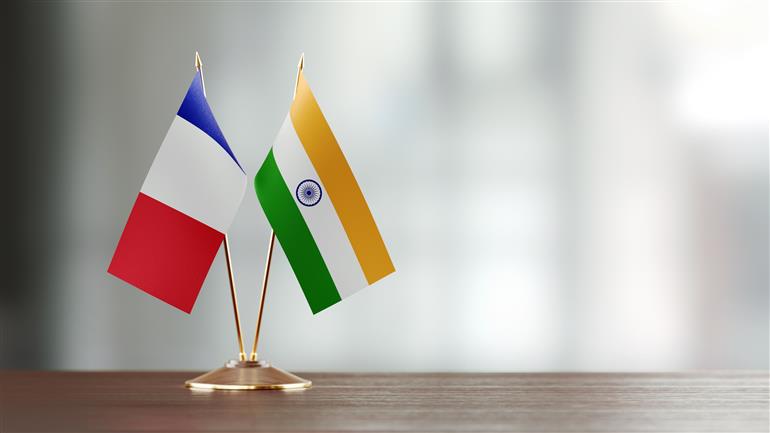 France has invited India to join forces with the European Union’s naval monitoring mission in the Persian Gulf.

“EU has operations and China is also developing influence in the region. India is invited to join us in this monitoring mission by bringing capacities. This will be an occasion to demonstrate convergence and the capacity to operate together,” French President’s Diplomatic Adviser Emmanuel Bonne said after holding the third round of strategic dialogue with National Security Adviser Ajit Doval here on Thursday.

A big part of the conversation with Doval was about defence and security relationships. Bonne said this included talks on military equipment, maritime cooperation in the Indian Ocean, exchanging information and working on doctrinal and operational aspects of naval, air and space coordination.

The two also discussed whether certain elements of the Quad naval exercises could be coordinated with the French Navy. “Let us not be too formal about it. We should care more about operational capacities,” he said in response to questions on expanding the Quad, at the Vivekananda Foundation here.

The intention is that “we want China to accept certain rules, be less aggressive… If China does not play the game, by our rules, it allows us to say it and draw certain consequences,” he observed.

“We should not counter china but compel China to walk in same framework as us,” added Bonne though he skirted a question on India’s military stand-off with China on the Line of Actual Control.

Bonne ruled out a role for NATO in the Indo-Pacific in the future. Europe, he felt, first needed to have the capacity to assume responsibility within NATO which is currently US dominated.

“NATO allies are far away. NATO will create more coordinating headaches. We would be happy to work with Japan, India, Malaysia and Singapore while Quad members, being format close of France, can develop a more integrated strategy,” he suggested.

The French diplomat refuted the impression that Europe was adopting a defensive approach towards China. He defended the EU-China investment agreement and claimed EU had made sure that Beijing would do more on global issues, labour law, climate and different structural elements important for cooperation in the region.