Freebies galore in BJP, SP manifestos for UP : The Tribune India

Freebies galore in BJP, SP manifestos for UP 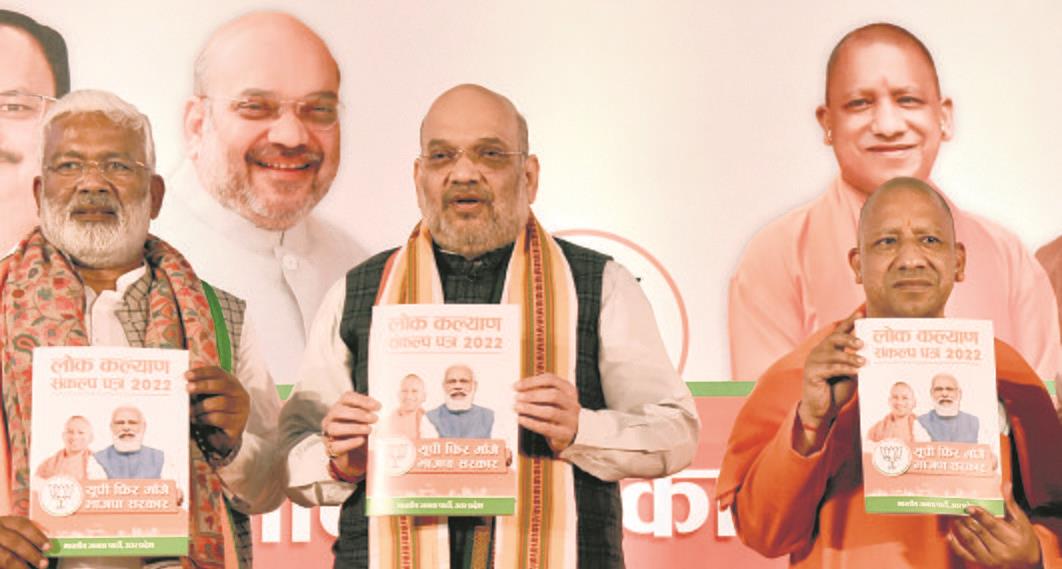 Two days before Uttar Pradesh poll for phase-I on February 10, the two key contestants in the fray — the ruling BJP and main challenger Samjawadi Party — today released their manifestos.

Electioneering ends for first phase of polling in UP

Lucknow: Electioneering ended on Tuesday for the first phase of Assembly polls in western Uttar Pradesh after a busy day during which the ruling BJP and the main opposition SP released their manifestos. Polling will take place for 58 Assembly constituencies spread across 11 districts, out of the 403 seats in UP on Thursday. PTI 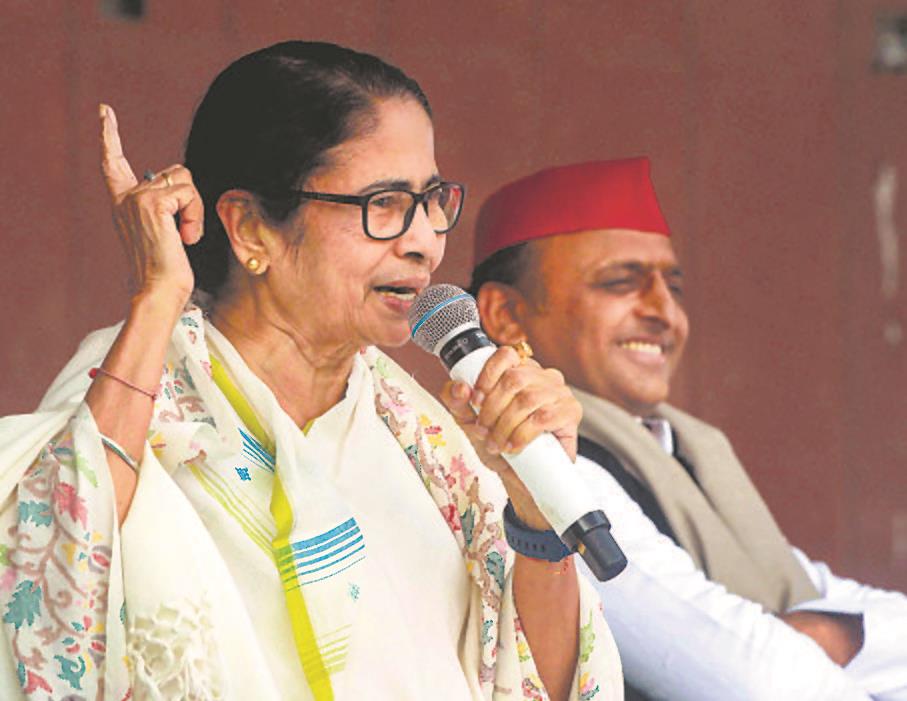 If Bengal can do it, so can Uttar Pradesh: Didi

TMC chief Mamata Banerjee said like Bengal polls, UP would see a one-on-one fight between the BJP and SP with Akhilesh Yadav emerging victorious. At a press conference with Yadav, she tweaked the “khela hobe” anthem of her party to “Khela Hoga” (the game is on) and stressed that if “Bengal can do it (defeat BJP), so can UP”. PTI

Besides sops and freebies for around 24 crore residents (15.02 crore voters) such as free power for irrigation, jobs, free laptops and two-wheelers by the two parties, the BJP also promised minimum 10 years of imprisonment along with a fine of Rs 1 lakh in “love jihad” cases.

The “Sankalp Patra” also talked of two free LPG cylinders (one each on Holi and Diwali) under the Ujjwala Yojana and free public transport for women aged over 60. The BJP said interest would be taken from sugar mills if there is delay in payment of cane dues to farmers beyond 14 days.

Meanwhile, the SP promised 33 per cent government jobs for women. SP chief Akhilesh Yadav, who released the “Samajwadi Vachan Patra” with tagline “satya vachan, atoot vaada”, said by 2025 farmers would be made debt-free and a ‘krin mukti’ law would be made to benefit poor farmers. The SP manifesto also promised MSP for all crops, two sacks of free DAP and five sacks of urea to farmers with less than two acres of land. Yadav said all farmers would get free power for irrigation, interest-free loan, insurance and pension.

The SP also promised an urban employment guarantee Act on the lines of the Mahatma Gandhi National Rural Employment Guarantee Scheme and 300 units of free electricity for domestic use.

Yadav announced that laptops would be given to all students clearing Class XII boards. The “Samajwadi Pension” will be re-launched, under which elderly people, needy women and families in the BPL category would get Rs 18,000 person every year, he said.