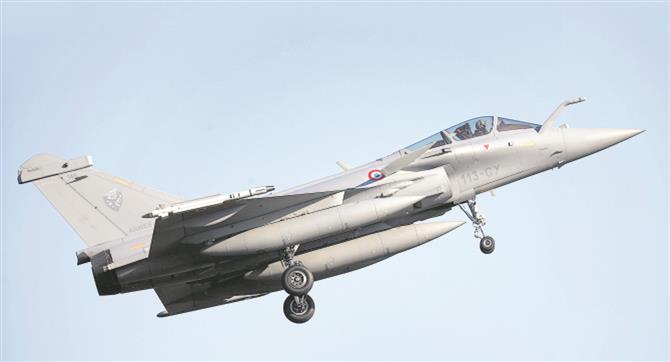 The French news outlet, which had brought out allegations of middlemen being paid in the Rafale fighter jet deal, has now come out with revelations that the French authorities may have overlooked what were “serious alerts” flagged by an NGO in Paris.

Mediapart, the French news outlet, said in October 2018, the French public prosecution services’ financial crimes branch, the PNF, was handed a legal statement filed by a well-established anti-corruption NGO, alerting to a suspected and potentially “far-reaching scam” involving the French state and one of the country’s industrial giants, Dassault Aviation.

The Paris-based NGO, an association called Sherpa, reported suspected corruption, including money laundering, influence peddling and favouritism, surrounding the sale by France to India of 36 Dassault Rafale fighter jets in a deal worth 7.8 billion euros.

Defsys Solutions, the Indian company that was named as “middleman” by Mediapart, released a statement, terming the claims as “wholly unsubstantiated, baseless and misleading”. “Based on a purchase order received from Dassault Aviation, we delivered on contract, 50 replica models of Rafale aircraft,” the statement said. It appended delivery challans, e-way bills and GST returns have been duly filed.