Fresh crackdown against Popular Front of India, over 170 held across 7 states : The Tribune India

Fresh crackdown against Popular Front of India, over 170 held across 7 states 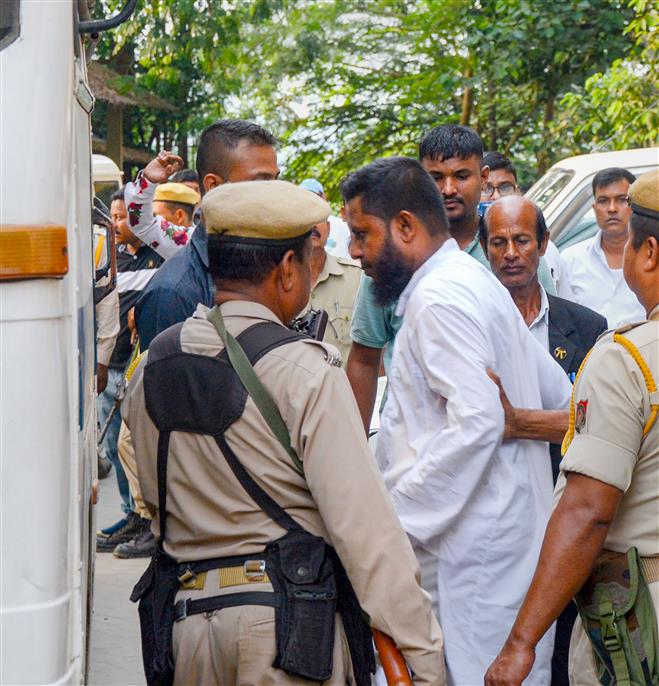 A PFI member in custody of the Assam Police in Guwahati. PTI

In a fresh crackdown five days after the joint operation by the NIA and the ED under “Operation Octopus”, the police of seven states detained or arrested more than 170 persons allegedly having links with the Popular Front of India (PFI), which is often accused of promoting radical Islam.

In the Capital, raids were conducted at multiple sites, including the Shaheen Bagh and Nizamuddin areas. So far, we have detained 30 associated with the PFI. — A Senior police officer

Following the crackdown, the PFI stares at a possible countrywide ban. The raids were spread across Uttar Pradesh, Karnataka, Gujarat, Delhi, Maharashtra, Assam and Madhya Pradesh.

On September 22, the multi-agency teams led by the National Investigation Agency (NIA) had arrested 106 leaders and activists of the PFI in 15 states for allegedly supporting terror activities in the country. The NIA is investigating 19 cases involving the PFI.

In Uttar Pradesh, the raids were conducted across 26 districts and were jointly carried out by the Anti-Terrorist Squad, Special Task Force and the local police simultaneously. Documents and evidence were collected, Additional Director General of Police Prashant Kumar said.