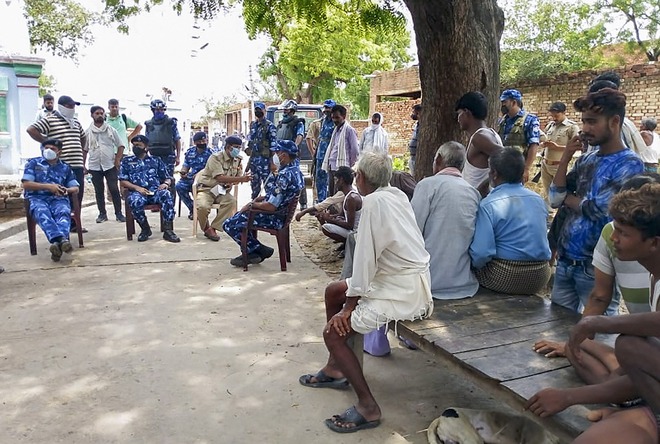 Key state Uttar Pradesh will vote for a new Assembly in about a year and a half from now. The term of the BJP’s Yogi Adityanath government is expiring in March 2022.

Yogi for ‘ending’ the nexus

It is in such a dynamic situation that dreaded criminal Vikas Dubey was today killed by the police in an “encounter”, a week after he and his men killed several policemen in a Kanpur village.

Regional players SP and BSP have also pulled out all stops, raising questions about the “encounter” that ended the free run of the hardcore criminal in the state under various regimes, including theirs.

Political observers are sensing that the current situation may be used to “widen the existing gap” between castes in UP, a state driven by caste and community equations, while Dubey’s protectors, in police and political parties, go scot-free. UP-based political observer Sudheer Panwar explains: “Congress’ ‘Brahmin’ face, Prasada, has started a movement to wean off the caste from the BJP on the pretext of ‘Thakur’ dominance. He has criticised the encounter.