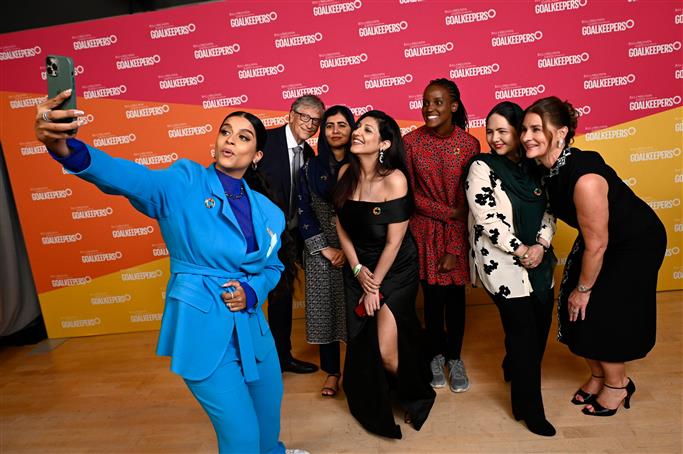 The 'Goalkeepers Global Goals Awards' were conferred at a glittering ceremony in New York's Lincoln centre on Tuesday in recognition of the work done by the "four remarkable changemakers" to advance progress towards the SDGs in their communities and around the world, the foundation said.

Batra, the co-founder of the non-profit organisation 'Every Infant Matters' has been conferred with the award for her work in providing last-mile health solutions to disadvantaged children in India.

Zahra Joya, a journalist from Afghanistan who founded an online news agency, Rukhshana Media, was conferred with the award for her dedication and commitment to stories that matter to the people of Afghanistan.

Vanessa Nakate, a climate justice activist from Uganda and founder of the Africa-based ‘Rise Up Movement’ and the ‘Green Schools Project’, was conferred with the award for her contribution to bringing a social revolution in her country.

The foundation also awarded Ursula von der Leyen, the president of the European Commission, for her contribution to maintaining peace and stability in the region.

"While the world is far from being on track to reach the Global Goals by 2030, there is still cause for optimism. We've seen how human ingenuity and innovation can lead to game-changing breakthroughs and progress toward our shared goals, and that's exactly what we see in this year's Goalkeepers Global Goals Award winners," said Blessing Omakwu, head of Goalkeepers.

The 2022 Global Goalkeeper Award, which was presented by Bill Gates and Melinda French Gates, recognises a leader who has driven progress on a global scale towards achieving the SDGs.