Slowest in 11 years, Congress takes a dig at government 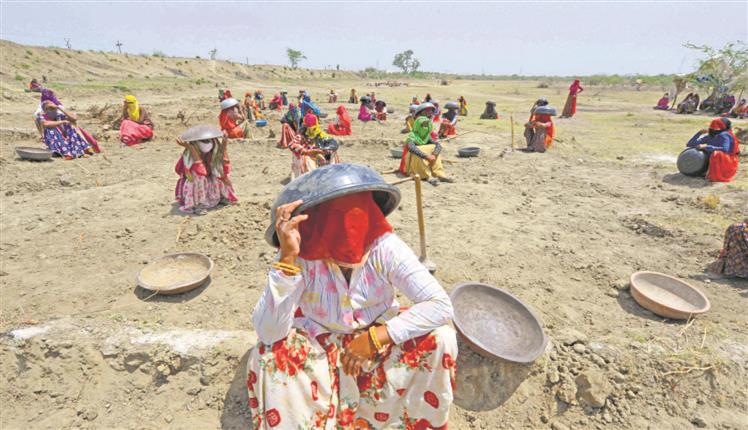 MGNREGA workers cover their heads with pans used to carry soil on a scorching Friday on the outskirts of Beawar, Rajasthan. PTI

The country’s economic growth in the fourth quarter of 2019-20 slowed to 3.1 per cent as against a rise of 5.7 per cent in the same period last year. The output in eight core sectors is estimated to have contracted 38.1 per cent in April, suggesting much bleaker days ahead.

We had forecast that the GDP for Q4 would slip below 4%. It has turned out to be worse. The govt should remember that this data was pre-lockdown. — P Chidambaram, Congress

The Finance Ministry is not in favour of increasing GST rates on non-essential items at next month’s meeting of GST Council, despite depressed collections.