Thousands of farmers have been camping at Delhi border points 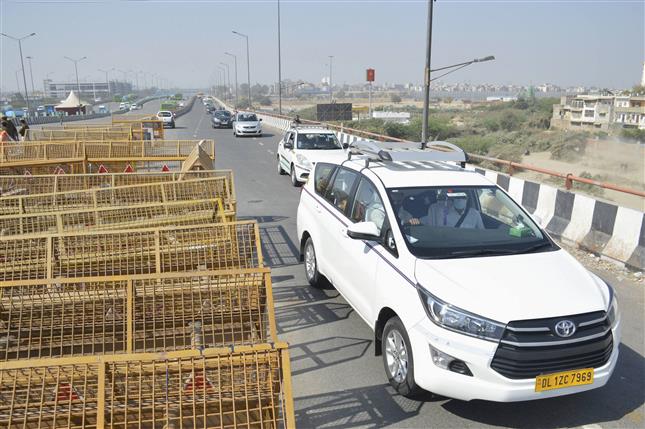 Vehicles move towards Ghaziabad after the road is opened for traffic. PTI

Delhi Police on Tuesday afternoon blocked the Ghazipur border again, hours after it reopened a portion of NH-9 for traffic movement. Commuters prefer to travel from Ghaziabad to Noida through this route.

The road, which was shut post R-Day violence on January 26, was suddenly opened for traffic around 1:30 am.

The decision left the volunteers—who patrol the stretch during the night—in a state of panic as the road suddenly witnessed traffic.

However, the road was shut by noon again.

“We opened the road to aid maintenance work being carried on the highway,” a police official said.

The CISF personnel, who were manning the barricade, said that they were not aware about the sudden change of heart by the police.

“We only come here by 2. The barricades were always there,” he said.