HC said Cong leaders’ statements are in the “nature of slander and seem to be bogus with malicious intent,” to intentionally subject Irani to a “great public ridicule” 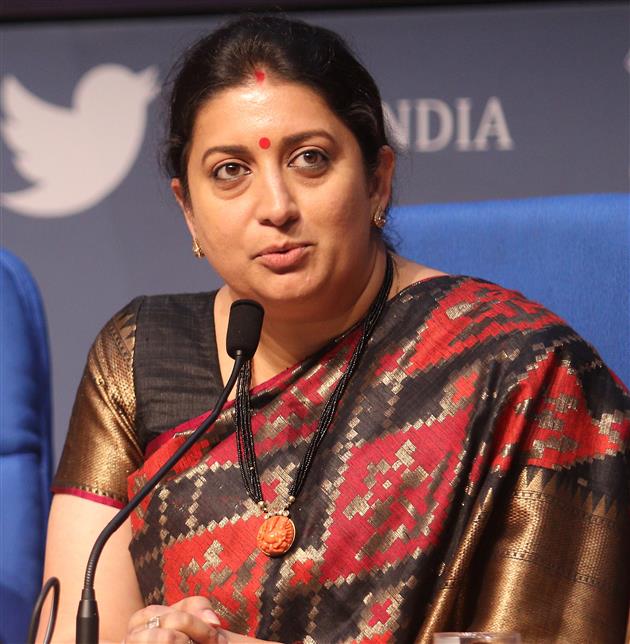 A civil defamation suit was filed by Smriti Irani, Minister for Women and Child Development, against the three Congress leaders. File Photo

The Delhi High Court has said that Congress leaders Jairam Ramesh, Pawan Khera, Netta D'Souza along with others conspired to “launch a tirade of false scathing and belligerent personal attacks” on BJP leader Smriti Irani and her daughter, who are neither owners of the restaurant in Goa nor have they ever applied for the licence for food and beverages at the eatery, as alleged.

The high court said the statement made by three Congress leaders are in the “nature of slander and seem to be bogus with malicious intent,” to intentionally subject Irani to a “great public ridicule” and “to injure the moral character and public image” of the BJP leader and her daughter.

The remarks were made by the high court while perusing the documents placed before it in a civil defamation suit filed by Irani, the Minister for Women and Child Development, against the three Congress leaders.

The high court's order, in which it had on July 29 issued summonses to three Congress leaders on the civil defamation suit, was uploaded on the court's website on Monday.

The high court has also asked them to take down tweets and other social media posts on allegations levelled against the union minister and her daughter.

“I have perused the various documents on record, particularly, the show cause notice dated July 21, 2022, issued by the Government of Goa, office of Commissioner of Excise, which has been addressed to one Anthony Dgama, and not to the plaintiff (Irani) or her family members.

Irani has filed a defamation suit against the Congress leaders for allegedly making baseless and false accusations against her and her 18-year-old daughter.

The high court said since the plaintiff commands an esteemed position as a minister in the Government of India and considering the nature of her public office, there is immense public glare and scrutiny of any information about her in the public domain.

The high court said it was of the considered view that the statements made by the Congress leaders are in the “nature of slander and seem to be bogus with malicious intent, only to garner the highest amount of viewership thereby intentionally subjecting the plaintiff to a great public ridicule”.

It added that “Plaintiff (Irani) has made out a prima facie case and balance of convenience lies in favour of the plaintiff and against the defendants.”

The high court has also passed an interim injunction directing the Congress leaders to remove from social media the allegations made against Irani and her daughter.

The court said in case the defendants fail to comply with its directions to remove tweets, retweets, posts, videos, and photos from social media concerning the allegations made against Irani, and her daughter within 24 hours, social media platforms Twitter, Facebook, and YouTube shall take down the material.

Irani's action came after the Congress leaders alleged that her daughter Zoish Irani ran a bar illegally in Goa and also targeted the minister over this, demanding that Prime Minister Narendra Modi sack her from his Cabinet.

“After seeing the documents placed on record and the excerpts of the press conference, I am of the prima facie view that slanderous and libelous allegations have been made against the plaintiff without verifying actual facts. Great injury has been caused to the reputation of the plaintiff and her family in view of the various tweets and re-tweets which have been followed the press conference carried out by the defendants,” the judge said.

The high court said there is an imperative need to protect the reputation of an individual, least to say, that of the plaintiff who is a respected member of the society and esteemed member of the Union Ministry. The judge further said, “I deem it expedient to pass an ad-interim injunction directing defendants 1-3 (Congress leaders) to delete and remove the allegations, video of impugned press conference dated July 23, 2022, and the contents linked to the same …, published against the plaintiff from all the social media platforms, namely, Youtube, Facebook, Instagram, and Twitter.”

The matter has now been listed for further hearing before the court and registrar on November 15 and August 18, respectively.