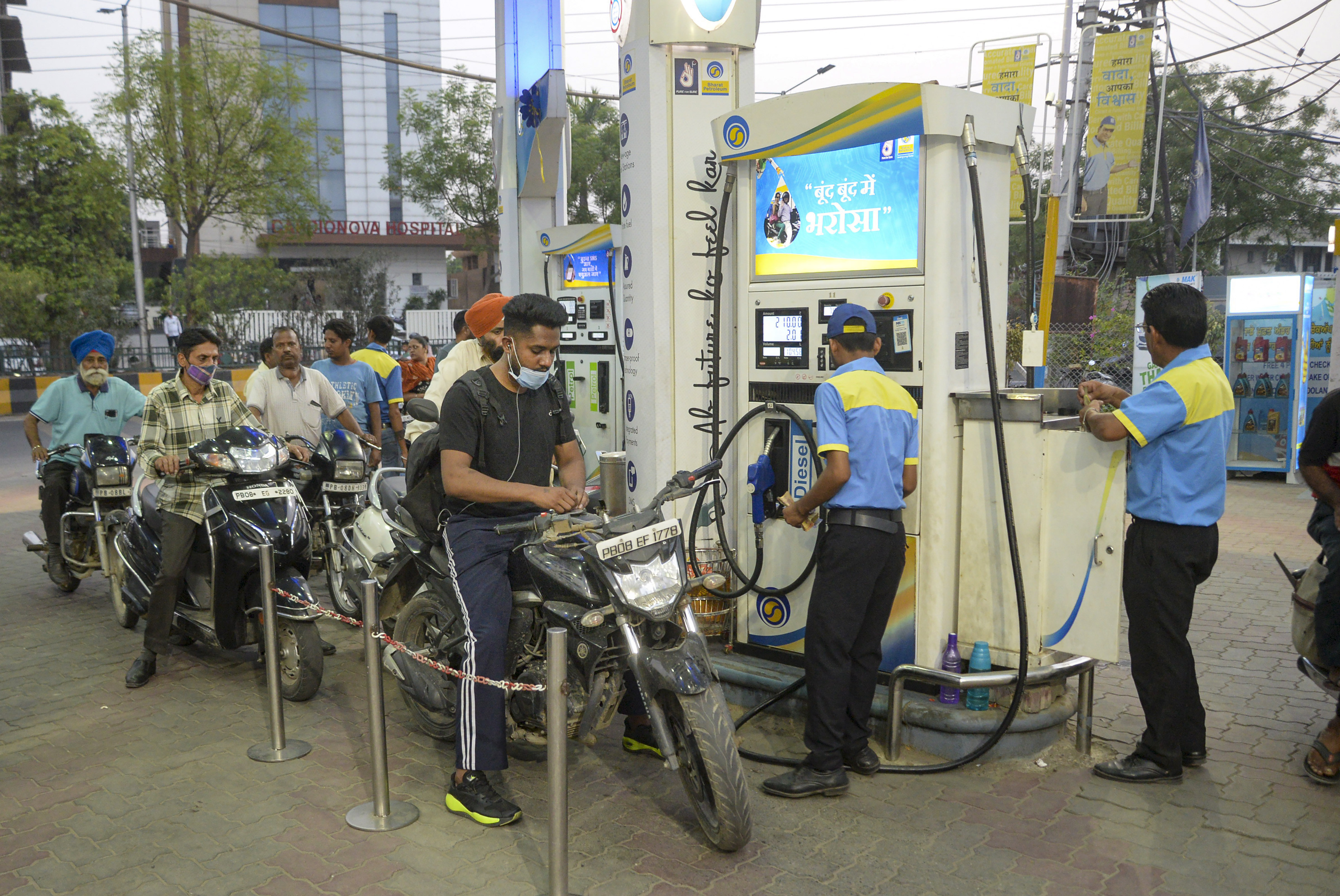 The Central Government and the Opposition traded charges a day after the former cut fuel taxes in order to check the raging inflation that has eroded savings and squeezed household budgets.

The Central Government and the Opposition traded charges a day after the former cut fuel taxes in order to check the raging inflation that has eroded savings and squeezed household budgets.

While the Congress termed the cuts “trickery”, BJP president JP Nadda appealed to all states, “particularly those which have not passed on the benefits of rate cut announced in November 2021 to their citizens, to rise above politics and reduce VAT”.

Maharashtra, Rajasthan and Kerala decreased VAT on petrol and diesel while some other states appeared reluctant, citing their inability to take more strain on revenue.

Launching a fierce attack, Congress leader Rahul Gandhi compared petrol prices between May 1, 2020, and the present to say that “the government must stop fooling citizens. People deserve genuine relief from record inflation”.

Reacting to the BJP’s demand, BJD MP Amar Patnaik said there was “limited scope” for revenue collection by states as they “already have a narrow revenue-raising space” in the form of VAT. Tamil Nadu said the reduction was “partial” and felt “it is neither fair nor reasonable to expect states to reduce their taxes”.

Faced with Opposition criticism that the reduction in excise duty would reduce the share of states in central taxes, Union Finance Minister Nirmala Sitharaman said this was done in road and infrastructure cess wherein the collection was not shared with states.

An immediate outcome was that former Finance Minister P Chidambaram retracted his tweet which stated that “FM’s exhortation to states is meaningless. When she cuts central excise by one rupee, 41 paise of that rupee belongs to the states”.

Following a series of tweets by Sitharaman, he retracted, saying: “The entire burden of the reduction falls on the Centre. To that extent, I stand corrected.”

Sitharaman also said the tax collected had helped the Modi government spend Rs 90.9 lakh crore as developmental expenditure over the past eight years as against Rs 49.2 lakh crore spent by the UPA during its decade in power. Sitharaman took on both Chidambaram and the TN FM with a primer on levies on petrol and diesel. The excise duty reduction on petrol and diesel has entirely been made in road and infrastructure cess (RIC). This was also the case in November 2021 when tax on petrol was cut by Rs 5 and that on diesel by Rs 10, she said. The total revenue implication to the Centre on these two duty cuts was Rs 2.20 lakh crore a year. The Modi government, she further pointed out, spent Rs 24.85 lakh crore so far on food, fuel and fertiliser subsidies and Rs 26.3 lakh crore on capital creation. Over the 10 years of the UPA, only Rs 13.9 lakh crore was spent on subsidies, she added.

Congress spokesperson Gourav Vallabh claimed the government’s “cluelessness about the economy and financial management has been out in the open for long now.

“Instead of accepting it and seeking guidance from experts, the Bharatiya Janata Party only resorts to trickery to create an optical illusion.”

Excise duty cut on petrol & diesel has entirely been made in road and infra cess, as was also the case in Nov 2021. — FM

The Centre never consulted states when it increased the taxes and TN is already incurring Rs 1,000 cr loss due to the November tax cut. — P Thiagarajan, TN Finance Minister 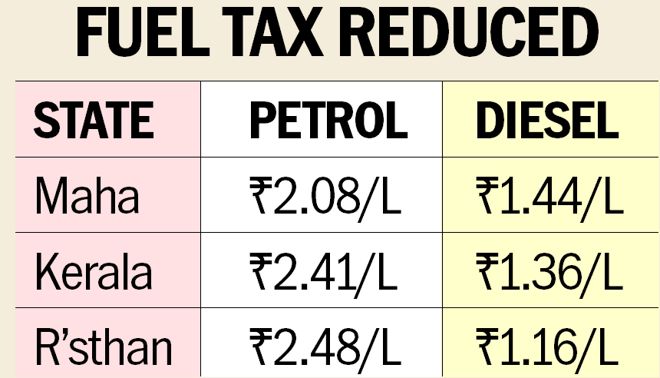