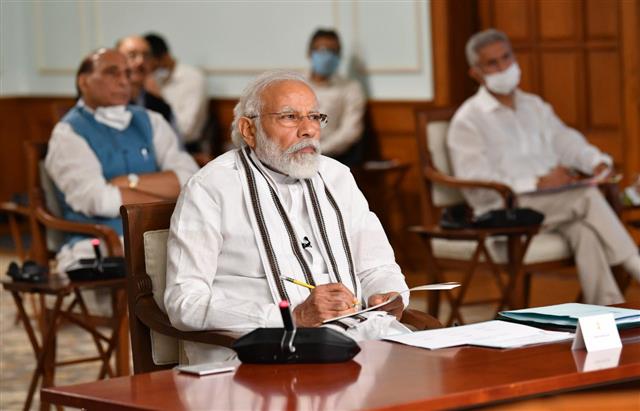 The PMO on Saturday called as "mischievous interpretation" the criticism over Prime Minister Narendra Modi's remarks at an all-party meeting that no one had entered Indian territory or captured any military post while referring to the Galwan Valley clash in eastern Ladakh.

In a statement, the Prime Minister's Office (PMO) said the focus of Modi's remarks at the meeting on Friday was the events of June 15 at Galwan that led to the loss of lives of 20 Indian military personnel.

"The prime minister's observations that there was no Chinese presence on our side of the LAC (Line of Actual Control) pertained to the situation as a consequence of the bravery of our armed forces," it said.

The Congress as well as a number of strategic affairs experts raised questions over Modi's remarks asking if there was no transgression by the Chinese military in Galwan Valley then where Indian soldiers died. They also wondered whether Modi gave a clean chit to China over the standoff.

"The sacrifices of the soldiers of the 16 Bihar Regiment foiled the attempt of the Chinese side to erect structures and also cleared the attempted transgression at this point of the LAC on that day," the PMO said.

"The words of the prime minister 'those who tried to transgress our land were taught a befitting lesson by our brave sons of soil' succinctly summed up the ethos and the values of our armed forces," it said.

"Attempts are being made in some quarters to give a mischievous interpretation to remarks by the prime minister at the all-party meeting on Friday," it said. PTI