Centre also wants train services to be restored in Punjab 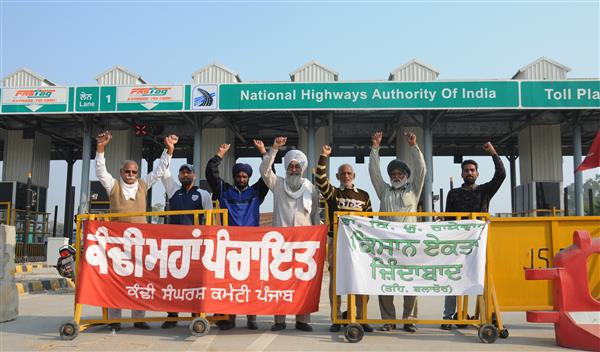 Ahead of the upcoming meeting between farmers unions and union ministers Narendra Singh Tomar and Piyush Goyal on November 13, official sources said the Centre is interested in ending the impasse at the earliest.

The Centre also wants train services to be restored in Punjab, including passenger trains, with important festivals like ‘Chhath puja’ (in which people from Bihar working in Punjab and Haryana return home) coming up later this month, they said ahead of the meeting arranged at the behest of State’s BJP leaders

Trains have been suspended in Punjab since farmers protesting against the three farm Acts launched an indefinite rail roko agitation. The trains have not been going beyond Ambala, affecting not just residents of Punjab but also those living in Chandigarh, J&K and Himachal Pradesh. Rail officials say a written assurance was sought from Punjab that trains will not be harmed.

Last week, Tomar and Goyal said they are always open for any talks with Punjab farmers on the three “pro-farmers and pro-agriculture” laws enacted by Prime Minister Narendra Modi-led Centre. “The government’s doors are always open to farmers for any discussion on the three Central Acts,” they said. The proviso was that the discussion should be about farmers and not guided by politics. The three Acts that have resulted in a prolonged stand-off between Punjab farmers and the state government led by Congress’ Amarinder Singh and the BJP-led NDA at the Centre

On October 15, farmers’ organisations had walked out of a meeting with Agriculture Secretary Sanjay Agarwal claiming they were called for an interaction where not even one minister was present. Agriculture Ministry officials, however, said the meeting was scheduled to be held at the “level of the Secretary about which farmers were well aware”.