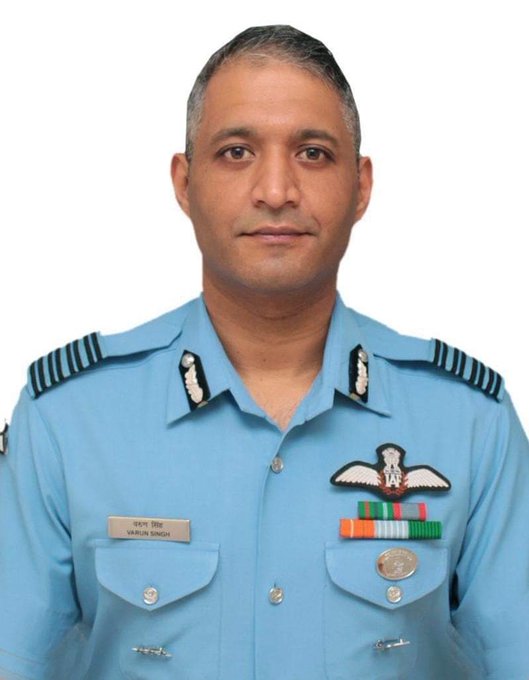 Group Captain Varun Singh, the lone survivor of the chopper crash near Coonoor, was on Thursday shifted to a military hospital in Bengaluru from Wellington in Tamil Nadu, officials said.

His condition is still critical, they said.

The Group Captain was admitted to a hospital in Wellington with severe burn injuries on Wednesday following the crash.

On Thursday morning, he was initially moved to Sulur in an ambulance by road and then flown to Bengaluru for better treatment.

Group Captain Singh was on board the Russian-made chopper as the liaison officer for the visit of Gen Rawat, India’s senior-most military officer, to the Defence Services Staff College in Wellington.

He was posted as an instructor at the prestigious institute.

Group Captain Singh received Gen Rawat at the Sulur airbase from where the entourage was heading towards Wellington in the chopper.

In a statement in Parliament, Defence Minister Rajnath Singh said a tri-services inquiry into the incident has been ordered by the Indian Air Force and it will be headed by Air Marshal Manvendra Singh, Air Officer Commanding-in-Chief of the Training Command.

Singh said Gen Rawat was on a scheduled visit to Defence Services Staff College, Wellington to interact with the student officers.

“The Air Force Mi-17V5 helicopter took off from Sulur airbase at 11.48 am yesterday and was expected to land at Wellington by 12.15 pm. Air Traffic Control at Sulur airbase lost contact with the helicopter at approximately 12.08 pm,” he said.

“Subsequently, few locals spotted a fire in the forest near Coonoor and rushed to the spot where they observed the wreckage of military helicopter engulfed in flames,” he said.

The defence minister said rescue teams from the local administration in the vicinity reached the site and attempted to recover the survivors from the crash site.

“All those recovered from the wreckage were rushed to the military hospital, Wellington. Latest reports have confirmed that out of the total 14 persons on board the ill-fated helicopter, 13 have succumbed to their injuries,” he said. PTI