Rupani fainted on stage on February 14 while campaigning for civic polls, tested positive the next day 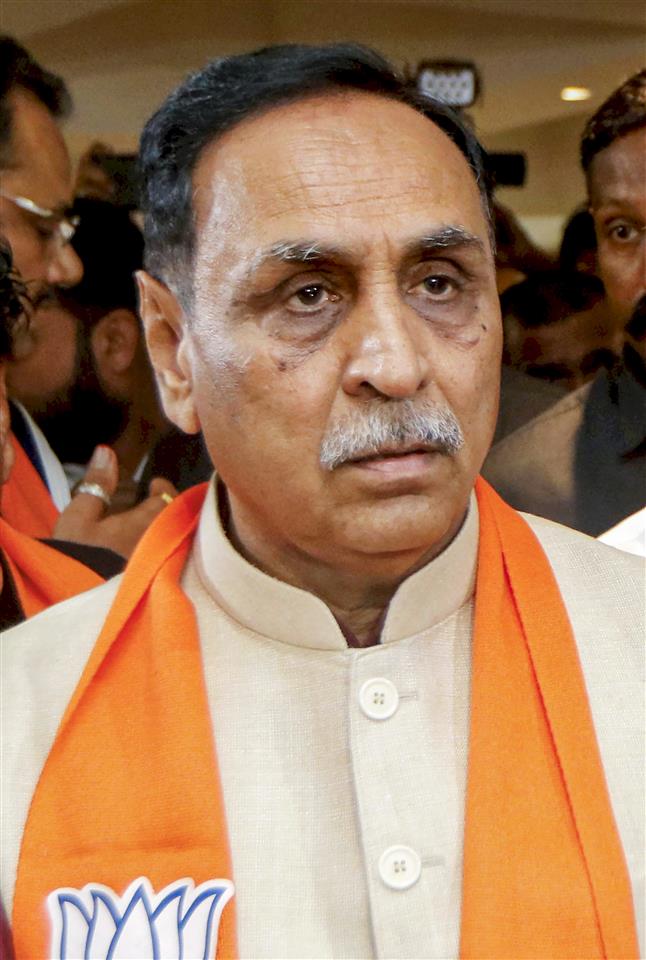 Days after he was found infected with coronavirus, Gujarat Chief Minister Vijay Rupani on Sunday tested negative for the infection, following which he cast his vote for the municipal corporation election in his hometown Rajkot in the evening.

Rupani, 64, had tested COVID-19 positive on February 15, a day after he fainted on stage during campaigning for civic polls in Vadodara.

Since then, he had been undergoing treatment at the UN Mehta Heart Hospital in Ahmedabad.

According to a statement issued by the Chief Minister’s Office on Sunday, he “tested negative for COVID-19 in the RT-PCR test done today”.

After he tested negative for the infection, the chief minister was flown to Rajkot from Ahmedabad.

He reached Rajkot along with his wife Anjali Rupani in the evening. He cast his vote at a polling booth in Rajkot’s Anil Gyanmandir School around 5.15 pm during the last hour of polling, that is between 5 pm and 6 pm.

He wore a face-shield and mask while casting his vote, while all the polling staff at the booth wore PPE kits.

Rupani exercised his franchise as per the the voting guidelines issued by the State Election Commission for COVID- 19 positive, suspicious or quarantined patients.

After giving his vote, the chief minister expressed his gratitude towards the people of the state for their best wishes and prayers for his speedy recovery. At that time, he also appealed to the people to turn out to vote saying that voting percentage remained low till evening.

“Due to our collective efforts, we have achieved around 97.5 per cent of COVID-19 recovery rate,” he told reporters.

“In a democracy, voting is a pious duty that everybody should follow. Maximum voting will strengthen democracy.

Gujarat is a peaceful state, and we have kept its reputation intact (as there has been no untoward incident),” he said.

He also wished quick recovery to COVID-19 patients in Gujarat.

“I have faith that all of you will get well soon. The state government has put in place the best system for the treatment of COVID-19, which I have also availed at a government hospital. People need not worry and get treatment at the earliest,” he said.

Rupani reiterated that development was the only issue in the local body elections, and said there was no alternative to the BJP as the party is synonymous to development.

The state unit of the BJP had on Saturday announced that Rupani will cast his vote at the polling booth in Rajkot on Sunday.

Voting for six municipal corporations in the state was held on Sunday. — PTI