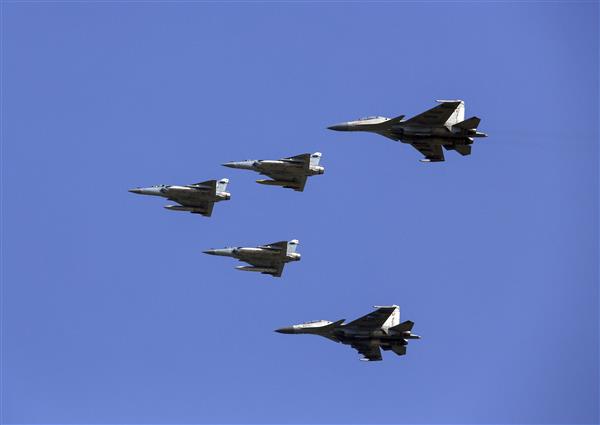 Three days before the Indian Air Force (IAF) jets launched an air strike at Balakot in Pakistan, Arnab had sent a purported WhatsApp message claiming that it would be “bigger than a normal strike”.

“On Pakistan, the government is confident of striking in a way that people will be elated,” he allegedly said in the same message sent to Dasgupta on February 23, 2019. Three days later, IAF jets indeed struck at Balakot. A day later Dasgupta asked Arnab if this was the “big one he was referring to”.

This chat and on many other matters of national security are part of the chargesheet filed by the Mumbai Police in the TRP scam case.

Arnab’s alleged knowledge about the air strike indicates leakage of highly classified information, including military operations. And why did Arnab, who may have gotten a tip-off as a journalist, share this information with Dasgupta over WhatsApp?

Dasgupta was not connected to news operations, but was heading the BARC, which was supposed to check which channel was getting more viewers.

Similarly, just before the abrogation of Article 370 to strip Jammu and Kashmir of its special status, Arnab claimed on August 2, 2019 – again three days prior to the event — “have set platinum standards in breaking and this story is ours”. He was responding to Dasgupta who had sent him a newsflash on (Republic TV), saying: “Government of India to make Jammu separate state, Kashmir and Ladakh as Union Territories.” — TNS