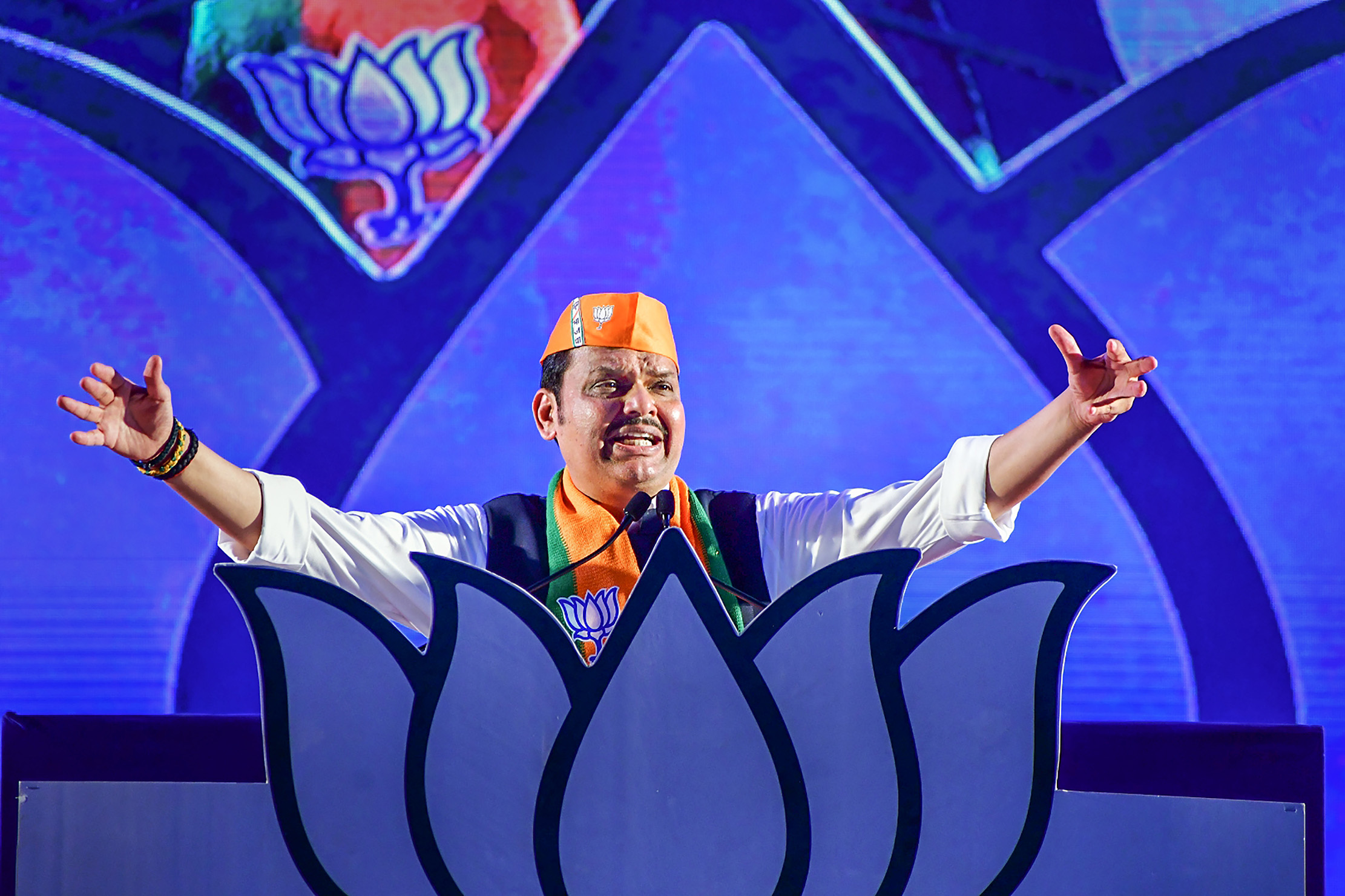 Amid the continued political uncertainty and speculations of a BJP-Eknath Shinde-led Shiv Sena government  soon in Maharashtra, Leader of Opposition Devendra Fadnavis earlier today held a discussions with the central BJP leadership in New Delhi, including Home Minister Amit Shah and BJP president JP Nadda on the way forward.

Upon his return to Mumbai, Fadnavis called on Governor Bhagat Singh Koshyari in the Raj Bhawan with some BJP MLAs, including Chandrakant Patil and Girish Mahajan. Sources said Fadnavis submitted a letter seeking intervention of Governor. He has asked for a special Assembly session so that Thackeray can take a floor test and prove that he enjoys majority in the House.

Speaking to the media, Fadnavis said the BJP has submitted an email and a letter to the Governor seeking a floor test in the Assembly.

"Keeping in mind the prevailing situation that 39 Shiv Sena MLAs are saying they do not support the MVA government, it appears to be in minority,” he said.

Apparently, independent MLAs with Shinde have also sent an email to the registered email address of the Maharashtra Governor demanding an immediate floor test.

Meanwhile, as the Maharashtra political stand-off entered the eight day today, Chief Minister Uddhav Thackeray made an emotional appeal to rebels, asking them to set aside differences and return to Shiv Sena.

“You are still in the Shiv Sena. The family members of some of you have also contacted me and conveyed their feelings to me. I respect your feelings as the head of Shiv Sena’s family. As the head of Shiv Sena, I am still worried about you. Remove the confusion and let us work together,” Thackeray said, just three days after he had challenged them to contest elections on their own father’s name, not his.

Meanwhile, appearing before the media for the first time since his midnight flight to Surat and then to Guwahati, rebel Eknath Shinde today walked up to the gate of the luxury hotel he has been putting up for past six days, and said that he will return to Mumbai very soon.

“We are taking Balasaheb’s legacy forward. I have 50 members with me...they have come of their own accord and for Hindutva,” Shinde said, challenging Thackeray supporters to disclose the names of those from his side they claimed were in contact with them.

The saffron party is yet to officially announce interest in government formation in the state but the flurry of activity indicates that several factors are under consideration.

While the BJP appears to be also waiting for parties in the government to make a move, observers believe that rebels too want to maintain their Sena identity and may agree to merge with the BJP only as the last resort.

“If they merge (with BJP) they will lose their bargaining power and become BJP MLAs. They are hoping that Thackeray will resign. Keeping in mind the legal technicalities involved, they do not want to make any move that may end up in disqualification, a situation that will go in the favour of Thackeray and Maha Vikas Aghadi,” they said.

Besides, to stake claim on the Sena election symbol, Shinde side will require the support of the majority of Sena leaders and not just the MLAs.

Meanwhile, there is also talk of President’s rule and fresh elections along with speculations of the rebel group merging with either Raj Thackeray-led MNS or the Prahar Janshakti Party, which is supporting Shinde in this endeavour.

Amid reports of the CM clearing files in haste, the role of Governor Bhagat Singh Koshiyari also becomes crucial.

While rebels have time till July 12, observers believe their patience may run out if the situation is not resolved soon.

In a major relief to Shiv Sena MLAs led by Shinde, the Supreme Court yesterday kept in abeyance their disqualification proceedings.