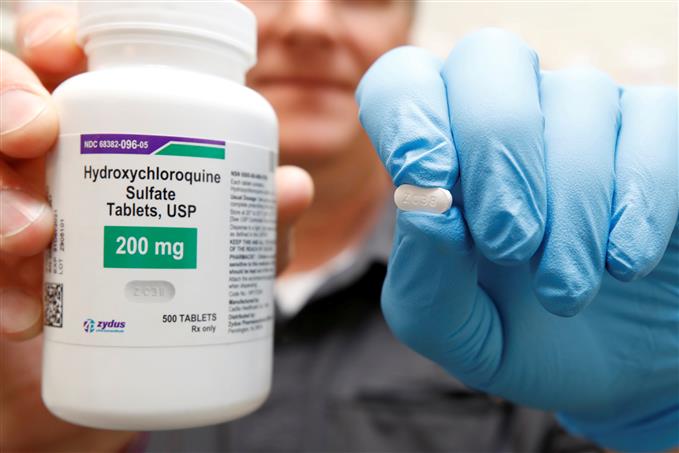 A combination of hydroxychloroquine, vitamin and zinc tablets along with homeopathic medicines apart from separate medical facilities for policemen and women who contract Covid-19 has helped control the virus among the uniformed personnel, according to officials here.

far, 853 have recovered and will shortly report for duty. The police force has lost 21 personnel including one officer to the virus. Most of the victims were from the constabulary, according to the statement.

According to senior police officials, the force managed to protect the health of its personnel by first asking those above the age of 55 and those with co-morbidities to stay at home. Members of the force who were deployed in sensitive areas like Dharavi, a major hotspot for the virus, were given hydroxychloroquine as a prophylactic in addition to vitamins and zinc tablets.

"The fatality rate among the police personnel in Mumbai is just one per cent. Apart from providing them with HCQ and other medicines, we have equipped our men with adequate PPEs, masks, gloves and sanitisers. We have also provided chemicals and spraying equipment to sanitise police stations," says Joint Commissioner of Police Naval Bajaj.

Mumbai's police commissioner Parambir Singh had earlier told reporters that he and senior officers too were on HCQS tablets under the supervision of medical experts. Sources say more than 4,500 police personnel, or 10 per cent of the city's police force, have been

prescribed HCQS as a prophylactic since the past six weeks.

According to Bajaj all the police personnel from the Dharavi police station have recovered from the virus and will rejoin duty shortly.

So far 71 people from Dharavi, the country's largest slum, have died from the virus. However there have been no deaths from this area in the last week. More than 1900 people tested positive for the virus here, according to health department officials.