Hindus from India, US, UAE pray at 100-year-old temple in Pakistan

The mandir and 'samadhi' of Paramhans Ji in Teri village, Karak district of Khyber Pakhtunkhwa, underwent extensive repair last year after it was demolished by an angry mob in 2020 drawing condemnation globally 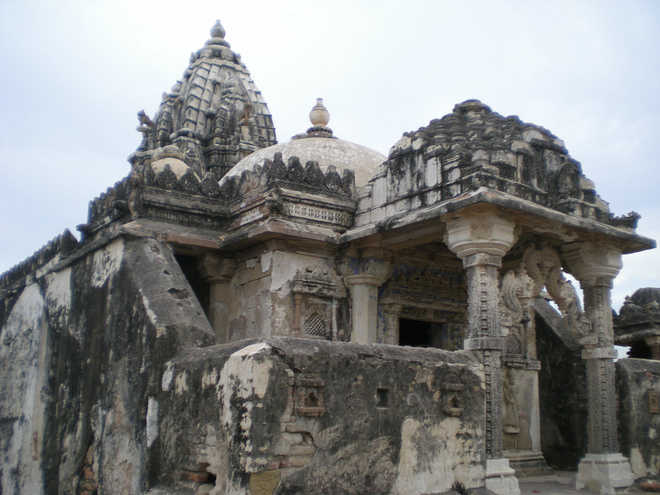 Over 200 Hindu pilgrims from India, the US and the Gulf prayed at the 100-year-old renovated Maharaja Paramhans Ji mandir in northwest Pakistan on Saturday, amid tight security deployment of 600 personnel.

The mandir and 'samadhi' of Paramhans Ji in Teri village, Karak district of Khyber Pakhtunkhwa, underwent extensive repair last year after it was demolished by an angry mob in 2020 drawing condemnation globally.

The delegation of Hindus consisted of nearly 200 devotees from India and 15 from Dubai; the rest were from the US and other Gulf states.

The Indian yatris crossed over through the Wagah border near Lahore, and were escorted to the temple by armed personnel, officials said.

The programme has been organised by the Pakistani Hindu Council in collaboration with Pakistan International Airlines.

On the day, Teri village at large was fortified with 600 men from the Rangers, Intelligence and Airport Security Force keeping guard, led by a Superintendent of Police rank officer.

The rituals will go on through the night till afternoon of Sunday, Hindu Council officials said.

'Hujras' or open air reception rooms were converted into shelters for pilgrims.

The markets near the temple were seen buzzing with tourists and the children from the Hindu contingent were photographed playing cricket with the local kids.

A mob of Jamiat Ulema-i- Islam-Fazl had vandalised the 'samadhi' on December 30 in 2020. The temple had also been demolished in 1997.

The provincial government renovated it after Rs 3.3 crore was recovered from the JUI-F mob. PTI