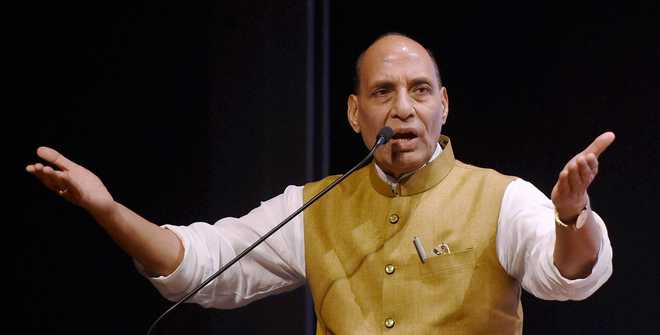 A day after Defence Minister Rajnath Singh said it was “on Mahatma Gandhi’s request that Veer Savarkar wrote mercy petitions”, some Opposition leaders attacked the minister on Wednesday, alleging that “he is trying to rewrite history”.

Owaisi said the BJP would soon declare Savarkar as “father of the nation” after the Defence Minister called him “mahanayak” of Indian freedom struggle.

The AIMIM chief said the first petition Savarkar wrote was in 1911, six months after getting to prison and Gandhi was then in South Africa. Savarkar wrote again in 1913-14 and Gandhi’s advice is from 1920.

Historian S Irfan Habib said, “Monochromatic history writing is really changing, led by the minister who claims Gandhi asked Savarkar to write mercy petitions. At least it is accepted now that he did write.”

Rajya Sabha MP Rakesh Sinha said, “The Congress opposes Savarkarji who never integrated with the British and exhibited the highest sacrifice for the motherland. However, some people had regular dining at Mountbatten’s home.”

Slamming the critics, Savarkar’s biographer Vikram Sampath said, “Please refer to Collected Works of Mahatma Gandhi. In my Vol. 1, I had stated in 1920, Gandhiji advised Savarkar brothers to file a petition and even made a case for his release through an essay in Young India on May 26, 1920,” he said.