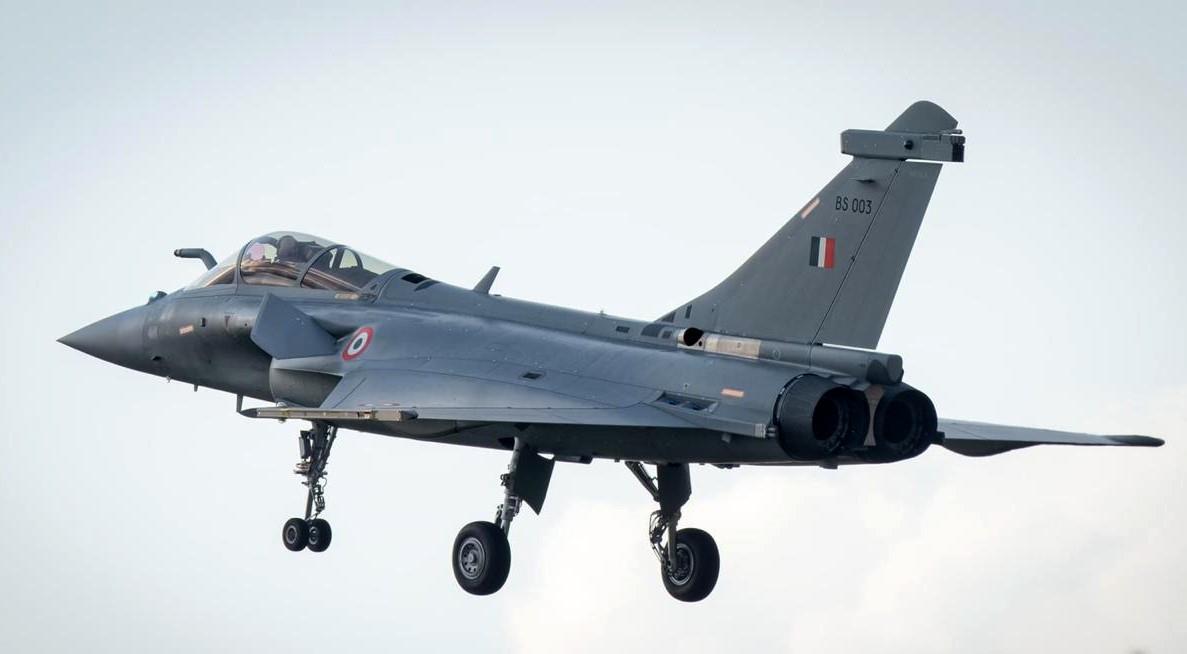 When the French-made Rafale multi-role fighter aircraft procured by India touch down at Ambala later this month, the country’s oldest airbase would have witnessed a century of amazing transformation and borne testimony to some of the most significant moments in Indian military aviation.

What was initially an unpaved strip catering to flimsy biplanes of yore is now a massive sprawl gearing up to house one of the most advanced flying machines. The first batch of six Rafales out of the contracted 36, are reported to arrive at the frontline base on July 27, with a major infrastructure upgrade, including hardened shelters, hangars and maintenance facilities coming up over the past three years.

“Ambala's tryst with military aviation dates back to 1919 when ‘Camp Umballa’ was created and 99 Squadron of the Royal Air Force (RAF), equipped with Bristol fighters, was located here. Ambala's next ‘avatar’ was as headquarters of the RAF India Command in 1922,” reads a plaque at the air force station. It saw several changes in its role before coming to its present designation of No. 7 Wing on August 1, 1954.

In the early days aircraft such as De Havilland 9A and Bristol F2B flew out of Ambala. As air operations in India began increasing, more officers were transferred to Ambala and it was made a permanent air force base on June 18, 1938. The then Advanced Flying Training School was also based here. It was from this airbase that Spitfires and Harvards flown by Instructors took part in the fighting in the Srinagar Valley in the 1947-48 Kashmir Operations.

In the pre-Independence era, Ambala has also been the home of No. 1 Squadron, the first Indian Air Force unit that had been initially raised at Karachi. After operations against tribesmen in the North Western Frontier Province, the squadron moved to Ambala in the mid-’30s. March 1939 saw one of the most significant events in the IAF, when then Flight Lieutenant (later Air Marshal) Subroto Mukerjee took over the squadron from Squadron Leader CH Smith at Ambala, becoming the first Indian officer to command a squadron. Subroto was promoted as Squadron Leader in August. He had earlier become the first Indian officer to become a flight commander. By then all three flight commanders in the squadron were Indians.

Also read: Behind massive build-up at LAC is the IAF’s never-seen-before airlift capability

Immediately after Independence, Marshal of the Indian Air Force Arjan Singh, then a Group Captain, took command of Ambala airbase. He led the first flypast over the Red Fort to mark Independence Day.

In the early years after Independence, the Indian government could access the eastern frontiers only through air and it was during this time that Ambala airbase played an important role in controlling the tribal disturbances in the North East. It was then also made the centre for aerial photographic survey, a new advancement in this field which proved to be of great value later.

The Flying Instructors School (FIS) was formed at Ambala on April 1, 1948, with Tigermoth aircraft, but was relocated to Tambaram near Chennai in October 1954. Later, Ambala operated Vampires, Toofanis, Mysteres and Hunters in a combat role. The airbase was attacked in 1965 by Pakistan’s B-57 bombers. However, apart from damage to a cathedral that was on one side of the airfield, no harm occurred.

The only IAF squadron to have received the Param Vir Chakra, the highest gallantry award, No.18 Squadron, was based at Ambala with Gnat fighters when a detachment was moved to Srinagar for operations in 1965. Flying Officer Nirmaljit Singh Sekhon, the posthumous recipient, was part of the detachment. Under the conditions of the 1948 ceasefire agreement with Pakistan, India was not allowed to station fighter aircraft at Srinagar during peacetime and the detachment had to be rushed to Srinagar on declaration of hostilities.

In May 1999, the No. 1 Squadron, also known as Tigers, revisited their old home for undertaking serious war business. Now equipped with the Mirage-2000 the Tigers undertook electronic intelligence gathering and escort duties for aircraft flying strike missions and recce sorties. A total of 234 operational sorties were flown from Ambala as part of Operation Safed Sagar during the Kargil conflict, which included several missions at night. More recently, the Mirage 2000s are reported to have operated from Ambala during the strike across the Line of Control on terrorist camps at Balakote in Pakistan Occupied Kashmir.

When the IAF upgraded the MiG-21 Bis to the Bison version in the mid-2000s, No. 3 Squadron, the Cobras based at Ambala, was the first to receive them. It was also with this squadron that the IAF’s first woman combat pilot, Bhawana Kanth, flew her maiden solo sortie in a fighter aircraft from this airbase.

Not many know that a part of the Old Grand Trunk Road once passed through the present area of the airfield. An ancient bridge has been renovated to its original specifications and is being maintained by the Air Force. The area is the venue of demonstrations such as sky diving and aerobatics. In February 2003, the remains of a Supermarine Spitfire were discovered by locals in a riverbed near Ambala, which was reconstructed to its original shape as a display item at the airfield.

Located adjacent to the Chandigarh-Delhi Highway in the state of Haryana approximately 240 km east of the border with Pakistan, Ambala also houses two squadrons of the Anglo-French origin Jaguar deep penetration strike aircraft along with ancillary units and allied establishments.

The Rafales to be based at Ambala would be inducted into No. 17 Squadron, the Golden Arrows, which earlier flew the MiG-21s and was resurrected last year after having remained “number plated” since 2011. Of the two Rafale squadrons being formed, the other would be based at Hasimara in the east.

According to IAF officers, Ambala was chosen for housing Rafales in the western sector due to several factors such as depth from the border, base infrastructure and technical facilities, airspace availability for local flying and training as well as allocation of IAF assets at other airbases in the region. A team of IAF pilots and engineers have trained in France and the jets are being flown to Ambala in Haryana by the Indian pilots from Istres commune in southern France, with a stopover at Al Dhafra airbase in the UAE.

Ambala's tryst with military aviation dates back to 1919

Served as HQs of the RAF India Command in 1922

First Indian officer to command a squadron was at Ambala

The only Marshal of the Indian Air Force commanded the base