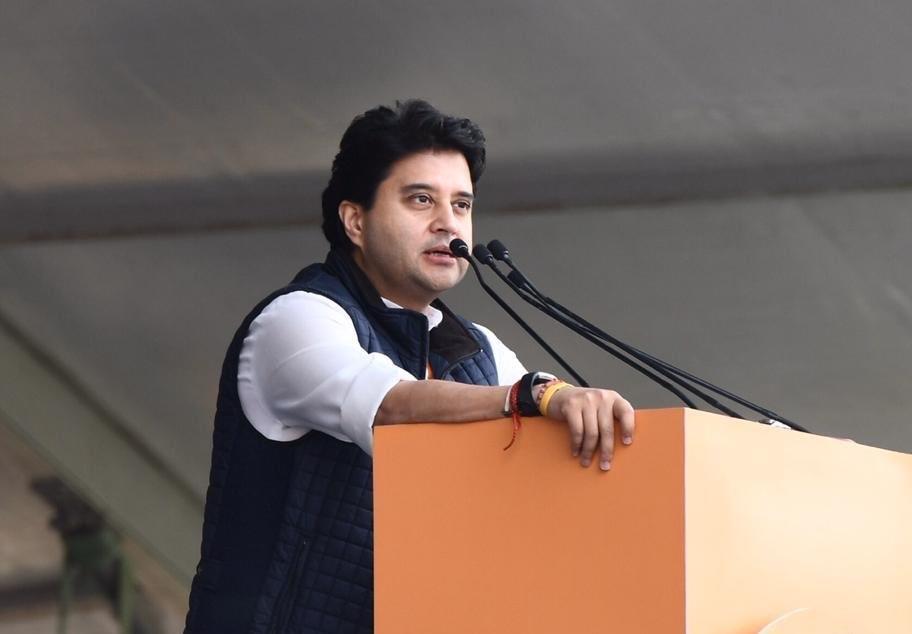 A day after Rajya Sabha member Digvijaya Singh termed Jyotiraditya Scindia a “betrayer”, the Union minister said he could not stoop to the level of the Congress leader, who is habitual of making such statements.

Scindia, who quit the Congress last year and joined the BJP, on Saturday addressed his maiden public meeting at Raghogarh, the home turf of Singh. Later, the Congress veteran termed the BJP MP a “betrayer” and his family as traitors.

Asked about Singh’s allegations, Scindia on Sunday night said, “He is a veteran leader. This is his habit. I don't want to expose him and don't want to stoop to his level. Something must have hurt him that he went to this level despite being old and mature in politics.”

The BJP leader, who was in Mungaoli town of Ashok Nagar district, said he would maintain the level of the Scindia family despite Singh's provocation. PTI