If you feel democracy in danger, join yatra: Rahul Gandhi to civil society : The Tribune India

If you feel democracy in danger, join yatra: Rahul Gandhi to civil society 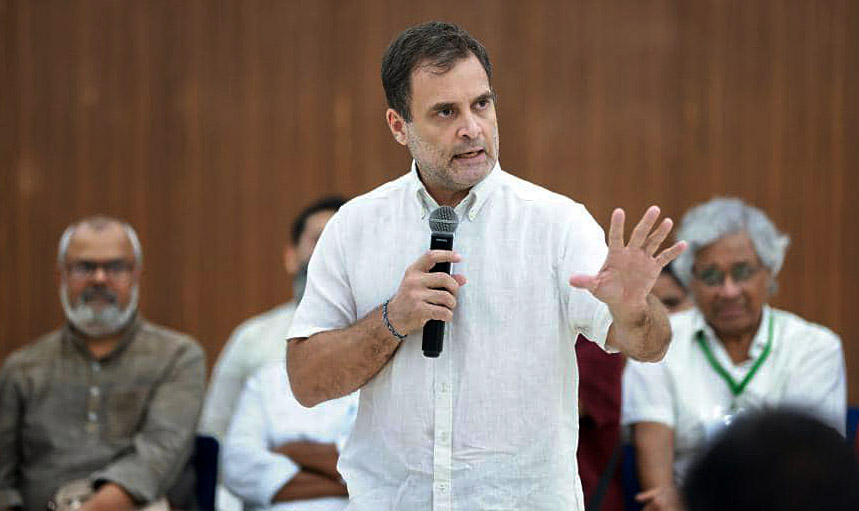 Congress leader Rahul Gandhi today interacted with leaders of 150 civil society organisations, including the Samyukt Kisan Morcha, and appealed to everyone to join the party’s Bharat Jodo Yatra if they felt the Constitution and democracy were in danger.

Rahul will flag off the 3,500-km yatra across 12 states and two UTs from Kanyakumari on September 7.

AICC general secretary (communications) Jairam Ramesh said Rahul Gandhi spoke to the civil society representatives for nearly 90 minutes and took questions from about 40 persons on the reasons for the yatra, its aim and expected outcomes.

“Rahul Gandhi identified three pillars of the Bharat Jodo Yatra — social, political and economic. He spoke of the economic challenges on account of inflation, unemployment, concentration of wealth, social polarisation on the basis of caste, food, language and religion, and the political challenges in the form of the growing use of Central agencies,” Jairam said.

Yogendra Yadav, Aruna Roy and Syeda Hamid, among others, attended the event.