The Indian Institute of Technology (IIT), Madras, has been ranked the best institute in overall category as well as in engineering for the third time in a row, according to the sixth edition of the National Institutional Ranking Framework (NIRF) announced by Education Minister Dharmendra Pradhan today. 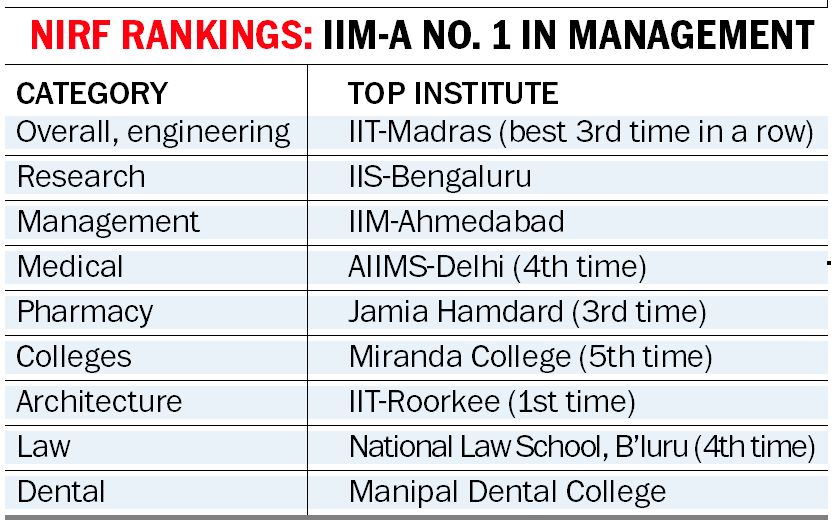 The Indian Institute of Science (IISc), Bengaluru, has bagged the top position among research institutes. The PGIMER, Chandigarh, has ranked second in the category of medical education after AIIMS-Delhi. Panjab University, Chandigarh, which bagged the second place in pharmacy, is at 38th spot in the overall list of 100 institutes.

Among business schools, IIM-Ahmedabad topped the list while Jamia Hamdard emerged the top institution for pharmacy studies. In the colleges category, Miranda House in Delhi bagged the first rank, followed by Lady Sri Ram College for Women (Delhi) and Loyola College, Chennai. Otherwise too, the colleges in Delhi dominated the ranking with as many as five making it to the top 10.

Pradhan said a robust and a role model ranking framework will serve as India’s contribution to the global learning landscape.