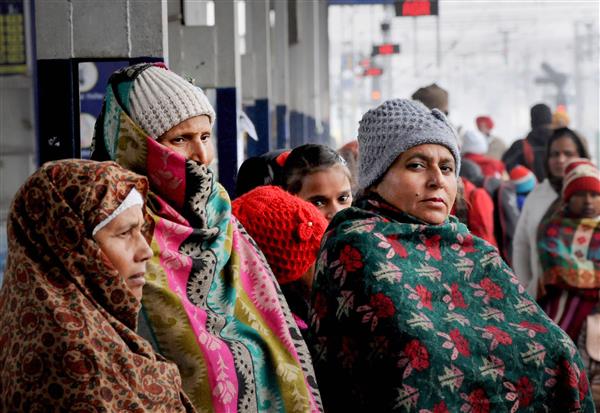 Passengers, wearing warm clothes to protect themselves from cold waves, wait for their train at a railway station in Amritsar. PTI file

Regarding the possibility of warmer temperatures affecting the grain quality and yield of the main winter crop—wheat—Mohapatra said the impact needs to be read between dynamic weather vis a vis dynamic state of wheat crop. Temperatures have different impacts on different stages of the crop.

Rainfall over the country as a whole during December is also likely to be below normal (< 71 % of Long Period Average (LPA)). Below normal rain is likely over most parts of the country, except some areas of South Peninsula and some pockets of extreme Northwest where normal to above normal rainfall is likely.