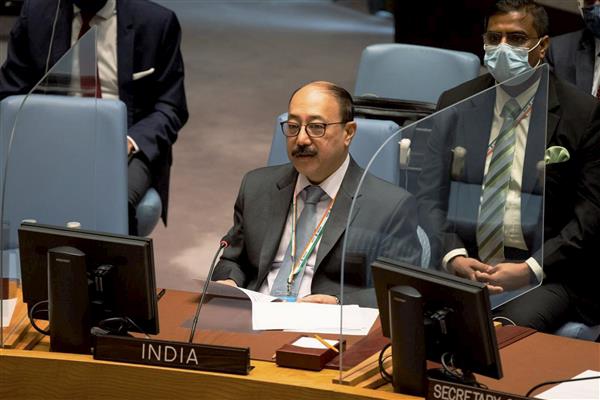 India is carefully assessing various options in terms of its trade ties with China to protect the Indian economy from any vulnerability, Foreign Secretary Harsh Vardhan Shringla said on Wednesday in comments that came in the backdrop of the border standoff in eastern Ladakh.

In an interactive session at an industry chamber, he said that India needs to evaluate its ties with China in terms of supply chains, investment tie-ups and technology in keeping with its larger strategic and security interests.

“Trade continues, there are investment ties that continue but all of this has to be examined very carefully and the government is examining all these options very, very carefully to ensure that our integrity and security remain intact,” he said.

Shringla said China maintained an aggressive posture and attempted multiple transgressions along the border in eastern Ladakh which was not conducive to peace and security.

“And as a result, we are not able to conduct normal relations. Having said that, of course, trade continues, import and export continues, China continues to be an economic partner,” he said.

The virtual interactive session was organised by the Indian Chamber of Commerce.

“We need to examine all of those very carefully to see that it is in keeping with our larger strategic and security interests and that obviously, as we move forward, our own economy grows, our own interactions grow,” Shringla said.

He said India needs to ensure that it is not vulnerable in any way.

“On the contrary, our growth and development can be faster and better ensured,” he said, adding “This is a process that I think we will have to see how that continues.”

Shringla noted that India and China have held several rounds of talks on the border issues and resolved some of them.

“We have resolved some of the issues but there are still some outstanding issues and until we can resolve those issues, obviously we will not be in a normal relationship mode,” he said.

Referring to the genesis of the bilateral ties, the foreign secretary said the objective of India restarting the relations with China in 1988 was to allow normal business to be conducted without the border issue coming in the way of the relationship.

“In other words, we would have trade, commercial ties, scientific and technological ties, people-to-people contacts but we would isolate the border issues that would be discussed separately through the special representatives of both countries,” he said.

“But of course, that was predicated on peace and tranquillity being maintained in the border areas,” he added.

Describing China as a growing power, Shringla said its rise of itself is a phenomenon that “we have to contend with”.

“As it rises economically, militarily, and in a manner that has seen extremely rapid growth in both these areas in all of its dimensions, I think this is an issue the world is grappling with in many ways,” he noted.

As a result of a series of military and diplomatic talks, the two sides completed the disengagement process in the north and south banks of the Pangong lake in February and in the Gogra area in August. PTI