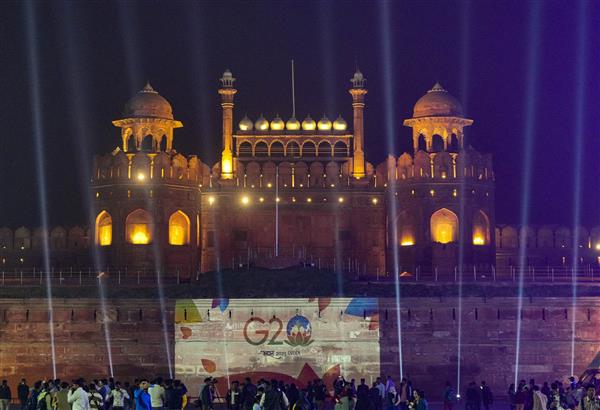 India on Thursday assumed the Presidency of the G-20 with Prime Minister Narendra Modi making a strong pitch for “fundamental mindset shift” to benefit humanity as a whole and saying the country will work to further promote “oneness”.

Listing terror, climate change, pandemics as the “greatest challenges” that can be best fought together, Modi also said “our era need not be one of war”, remarks that echoed his message in September to Russian President Vladimir Putin amid the Ukraine conflict that “today’s era is not of war”.

India’s G-20 agenda will be inclusive, ambitious, action-oriented, and decisive, the prime minister said, as he urged G-20 countries to work together to shape a new paradigm of “human-centric globalisation” and make India’s G-20 Presidency a “Presidency of healing, harmony and hope”.

The White House said the US is looking forward to supporting India’s G-20 Presidency on a range of issues including addressing the current food and energy security challenges.

Several centrally-protected monuments, including UNESCO world heritage sites spread across the country were lit up with the G-20 logo to mark the start of India’s year-long Presidency of the grouping—an intergovernmental forum of the world’s major developed and developing economies.

“Let us join together to make India’s G-20 Presidency a Presidency of healing, harmony and hope. Let us work together to shape a new paradigm — of human-centric globalisation,” Modi said in an article which appeared in several newspapers and was posted on his website too.

The country looks forward to working on encouraging sustainable lifestyles, depoliticising the global supply of food, fertilizers and medical products among other subjects, the prime minister said in a series of tweets.

“I firmly believe now is the best time to go further still and catalyse a fundamental mindset shift, to benefit humanity as a whole.” Gone is the time to remain trapped in the same old zero-sum mindset, which has led to both scarcity and conflict, the prime minister said.

“It is time to get inspired by our spiritual traditions which advocate oneness and work together to solve global challenges,” he added.

Today, the world has the means to produce enough to meet the basic needs of all people. “Today, we do not need to fight for our survival — our era need not be one of war. Indeed, it must not be one,” he said.

“Unfortunately, we remain trapped in the same zero-sum mindset even today. We see it when countries fight over territory or resources. We see it when supplies of essential goods are weaponised. We see it when vaccines are hoarded by a few, even as billions remain vulnerable.”

A G-20 University Connect event also saw External Affairs Minister S Jaishankar and top government officials reaching out to students of 75 universities in an interactive session to create awareness about the “watershed moment” in India’s journey.

Jaishankar said it would be India’s endeavour to make consensus on key global issues more relevant through a wider process of consultation.

“As the mother of democracy, India’s G-20 Presidency will be consultative, it will be collaborative and it will be decisive,” he said addressing the G-20 University Connect initiative in the national capital.

He said India had assumed the G-20 Presidency at a “very challenging time in world politics” and at an inflection point in its own history.

Jaishankar said India was well-placed to manage contradictions and divergent agendas because of its independent foreign policy and ability to find common ground with different players.

“We have long been a pluralistic and consultative society which have debated issues openly before we arrive at a decision. Since this is deeply ingrained in our DNA, we have never been insecure with diversity. Our essential unity is not only the basis for pluralism, but also a source of confidence for engaging the world.”

Addressing the event, P K Mishra, the principal secretary to the Prime Minister, said holding the G-20 meetings at 56 different locations in the country will ensure that the pan-India nature of event is truly showcased and every state government, union territory and citizen can be a stakeholder in the process of India’s Presidency. More than 200 meetings are scheduled to be held in India across 56 locations.

“We look forward to supporting India’s G-20 Presidency next year on a range of issues, including addressing current food and energy security challenges while continuing our efforts to build a resilient global economy,” White House Press Secretary Karine Jean-Pierre told reporters in Washington.

President Droupadi Murmu extended her best wishes to ‘TeamIndia’ for a successful G-20 Presidency under the theme ‘Vasudhaiva Kutumbakam’.

“India assumes the Presidency of #G20 today. On this occasion, I extend my best wishes to #TeamIndia for a successful Presidency under the theme Vasudhaiva Kutumbakam. In the time-honoured tradition of Atithi Devo Bhava, I welcome all the delegates to India,” Murmu tweeted.

Together, they account for over 80 per cent of the global Gross Domestic Product, 75 per cent of international trade and two-thirds of the world population.