Every reason to believe India will join extended Troika of US-China-Russia-Pak on Afghanistan: Lavrov 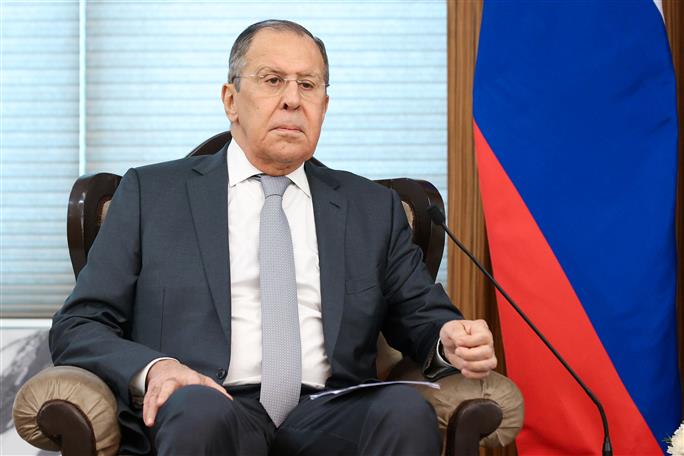 Russia came out strongly against the US policies in the Asia-Pacific of which India is a votary under the rubric of Indo-Pacific. Russia’s “serious concerns over its activity in the Asia-Pacific Region” was conveyed during visiting Russian Foreign Minister Sergei Lavrov’s meetings here on Monday.

“We expressed our concern about the activities taking place in this region under the slogan of Indo Pacific strategies where we see non-inclusive blocs,’’ Lavrov told the media after the first India-Russia two plus two talks involving both Defence and Foreign Ministers.

The two plus two, he said, focused on developments in the Asia Pacific where over the past few years elements of instability have been accumulating which could undermine the universal framework of cooperation, warned Lavrov.

The latest example, he said, is the AUKUS (Australia-US-UK) military grouping. “There are lots of questions on the plans to supply to Australia or make in Australia nuclear-powered submarines. There is a question whether these plans comply with the International Atomic Energy Agency (IAEA) norms and nuclear non proliferation rules. From a regional perspective, to what extent will Australia stick to its obligation of a nuclear-free zone in the southern Pacific,’’ observed Lavrov while pointing out that Australia had signed an agreement to this effect. The ASEAN is also a nuclear weapons free zone, he noted.

“So we need to understand how all this comes together regarding the plans to supply nuclear powered submarines to Australia if they go ahead with these plans,’’ he added.

On the other hand, Lavrov said Russia had “very reason to believe’’ that India and Iran should be in the Extended Troika on Afghanistan comprising US, Russia, China and Pakistan as New Delhi will contribute to the international efforts to bring about stability. India will also continue to be involved in the Moscow forum of 10 countries which brings together all of Afghanistan’s neighbours and Central Asia.

Lavro said Afghanistan was mentioned in the “Asia-Pacific context’’ and both sides agreed that the Taliban must deliver on its commitments to ensure an inclusive government structure, protect human rights and prevent the terrorist threat from spilling over.

Lavrov said Russia opposed any US attempt to shift forces to neighbouring countries without achieving their main objective. “Central Asia has emphasised this would be unacceptable just as the idea of pushing Afghan refugees into Central Asia is unacceptable,’’ he said.

The two plus two also discussed Syria where both India and Russia had investment projects. “We discussed ways to keep working despite sanctions,’’ he said.