Bhagwat knows China took our land, but scared to face it: Rahul Gandhi 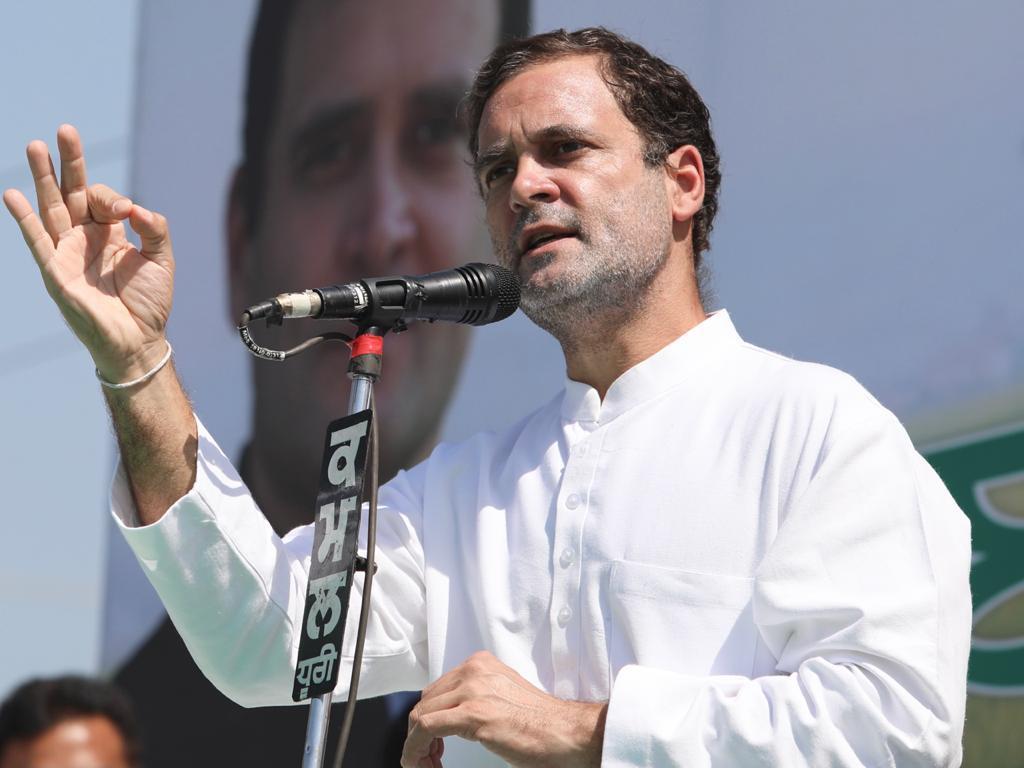 Rahul Gandhi has been attacking the government on the China issue and demanding restoration of status quo ante on the LAC prior to March 2020. PTI file photo.

Rashtriya Swayamsevak Sangh sarsanghchalak Mohan Bhagwat said on Monday that India will have grow bigger than China in terms of economic and strategic power and scope to neutralise its “demonic” expansionist designs and aspirations.

In his traditional Vijayadashami address at Nagpur, which this year was limited to an indoor event attended by 50 swayamsevaks due to COVID-19, Bhagwat also said the Citizenship (Amendment) Act (CAA) is not against any particular religious community.

“Some people misled our Muslim brothers claiming that it is aimed at restricting their population. Before the issue could be discussed further, the focus shifted on coronavirus,” Bhagwat said adding that “no Indian citizen is threatened due to CAA”

Though he did not mention the Hathras incident, he criticised Opposition parties and “tukde, tukde gang” for “trying to divide and weaken the Indian society by creating social strife”. “There are such powers in the world and their agents in India. They cite the diversity in India as divisions and incite strife,” he said, calling vigilance against “deplorable attempts to disintegrate Bharat’s unity by making false promises and creating hate amongst scheduled castes, scheduled tribes and the minorities”.

Realisation of all-inclusive Hindutva identity will help to promote harmony, he said.

“Members of this conspiratorial gang instigate and promote slogans like ‘Bharat tere tukde honge’ (Bharat will be disintegrated). An unusual blend of political interest, separatist and fundamentalist tendencies, a hatred of Bharat and a quest for global domination is working to dampen Bharatiya unity,” he said.

On China, Bhagwat said the only way to counter it is “to become bigger in terms of economic and strategic prowess apart from strengthening internal security systems and diplomatic relations with neighbours”.  “India should quickly resolve all disputes with neighbours like Nepal, Bangladesh, Sri Lanka and Myanmar. Many countries are now standing up to China,” he added, citing Taiwan and Vietnam as examples of the Chinese expansion plans.

“Rising above China economically, strategically, in securing cooperative ties with our neighbours and at international relations is the only way to neutralise those demonic aspirations,” he said. “The policies proposed by our leaders seem to be charting those very horizons. Sri Lanka, Bangladesh, Nepal and Myanmar (Bhramadesh)---such neighbouring countries have shared a friendly bond with us and are more or less aligned over issues of values and ethical code with us.”

Lauding Indian defence forces, government and the people remained unfazed and responded sharply to China’s boisterous efforts to invade our territories during the pandemic, Bhagwat said whereas India intends to be friendly to all (this is our nature), but “mistaking our benevolence for weakness and attempts to disintegrate or weaken us by sheer brute force is unacceptable”.

Stating that coronavirus has given rise to challenges of unemployment, Bhagwat said many lost jobs and labourers are now returning to cities but jobs may not be there. “The challenge is to create employment opportunities in different places,” he said.

Bhagwat said before the pandemic, several issues that were in the public discourse took a backseat. “Article 370 was abrogated, the country accepted the Supreme Court verdict on Ram temple with patience and understanding,” he said.

‘Scared to face the truth’

Reacting to RSS chief Mohan Bhagwat’s assertion that India needed to be militarily better prepared against China, Congress leader Rahul Gandhi said the Sangh supremo knew the truth that the communist country had grabbed Indian land but was scared to face it.

“Deep inside, Mr Bhagwat knows the truth. He is just scared to face it. The truth is China has taken our land and government of Indian and the RSS have allowed it,” he said earning criticism from union minister Mukhtar Abbas Naqvi for his “lack of understanding”.

Rahul Gandhi has been attacking the government on the China issue and demanding restoration of status quo ante on the LAC prior to March 2020.