Global population to hit 8 billion mark by November 2022; India to surpass China as most populous in 2023: UN

Population growth is caused in part by declining levels of mortality, as reflected in increased levels of life expectancy at birth 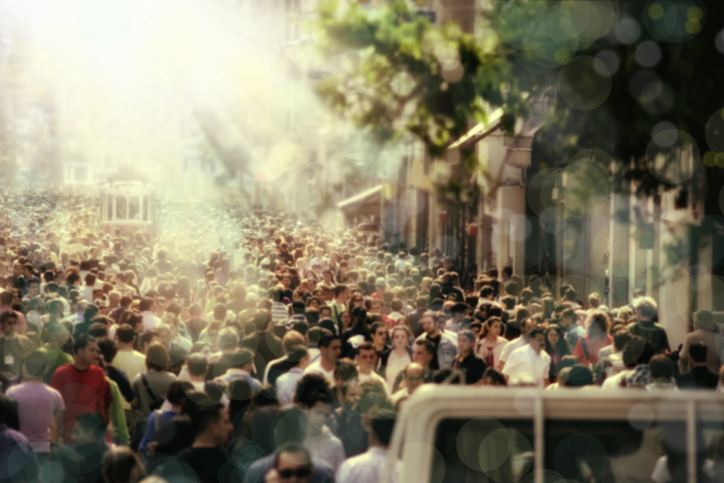 The world’s population is projected to reach 8 billion on 15 November 2022 and India is projected to surpass China as the world’s most populous country during 2023, the World Population Prospects 2022 released by the Unied Nations on Monday says.

Population growth is caused in part by declining levels of mortality, as reflected in increased levels of life expectancy at birth.

Further reductions in mortality are projected to result in an average longevity of around 77.2 years globally in 2050.

Life expectancy at birth for women exceeded that for men by 5.4 years globally, with female and male life expectancies standing at 73.8 and 68.4, respectively.

A female survival advantage is observed in all regions and countries, ranging from 7 years in Latin America and the Caribbean to 2.9 years in Australia and New Zealand, the UN said.

Following a drop in mortality, population growth continues so long as fertility remains at high levels. When fertility begins to fall, the annual rate of growth starts to drop.

Global fertility is projected to decline further to 2.1 births per woman by 2050.

Also, in 2020, the global growth rate fell under 1 per cent per year for the first time since 1950. The world’s population is projected to reach a peak of around 10.4 billion people during the 2080s and to remain at that level until 2100.

Today, the world’s population is more than three times larger than it was in the mid-twentieth century. The global human population will reach 8 billion in mid-November 2022 from an estimated 2.5 billion people in 1950, adding 1 billion people since 2010 and 2 billion since 1998.

It took around 37 years since 1950 for human numbers to double, surpassing 5 billion inhabitants in 1987. Thereafter, it is estimated that more than 70 years will be required for the global population to double again, rising to over 10 billion by 2059.

“Over the one hundred years from 1950 to 2050, the world population was growing the fastest in the period 1962-1965, when it was increasing on an average by 2.1 per cent per year. Since then, the pace of population growth has slowed by more than half, owing to reduced levels of fertility. In 2020, and for the first time since 1950, the rate of population growth fell below 1 per cent per year and it is projected to continue to slow in the next few decades and through the end of this century. The global population could grow to around 8.5 billion in 2030, and add 1.18 billion in the following two decades, reaching 9.7 billion in 2050,” the report released on the World Population Day says.

The population of 61 countries or areas is projected to decrease by 1 per cent or more between 2022 and 2050. In countries with at least half a million population, the largest relative reductions in population size over that period, with losses of 20 per cent or more, are expected to take place in Bulgaria, Latvia, Lithuania, Serbia and Ukraine. China is expected to experience an absolute decline in its population as early as 2023.

Globally, the world counts slightly more men (50.3 per cent) than women (49.7 per cent) in 2022. This figure is projected to slowly invert over the course of the century. By 2050, it is expected that the number of women will equal the number of men.

World Population Prospects 2022 is the twenty-seventh edition of the official estimates and projections of the global population that have been published by the United Nations since 1951.

Understanding population trends and anticipating demographic change are crucial for national development planning and for implementing the 2030 Agenda for Sustainable Development.