India to counter Sikhs For Justice complaint before UN body

‘Another caper to earn publicity after previous attempts flopped’ 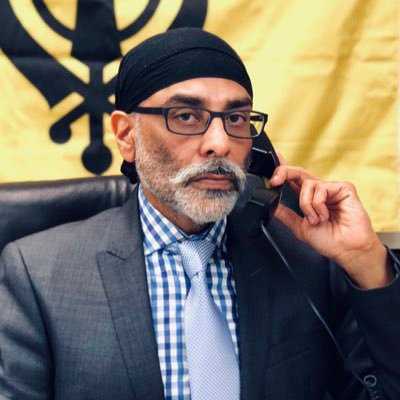 India is attempting to counter a complaint against Prime Minister Narendra Modi and Home Minister Amit Shah by the banned Sikhs For Justice before the UN-OHCHR (Office of the United Nations High Commissioner for Human Rights).

India’s Permanent Mission in Geneva has sensitised the Office of the UNHCR about the activities of the organisation whose complaint it has accepted, MEA spokesperson Arindam Bagchi said at his maiden press conference here on Friday.

The UN-OHCHR has accepted a complaint filed against PM Modi and Shah by SFJ “directing and ordering the killing, beating, detention, abuse and torture of the protesting Sikh farmers of Punjab” during the R-Day tractor rally to Red Fort.

The complaint was filed on March 30 on behalf of the surviving family members of Navreet Singh who was killed on R-Day and more than 88 victims who suffered injuries, detentions and charges.

The MEA pointed out that the SFJ is involved in anti-national and subversive acts with the intention to disturb the sovereignty and territorial integrity of India.

“It is encouraging and aiding secessionist activity and supporting separatist groups fighting for this purpose in India and elsewhere. This has been suitably conveyed to the UN-OHCR,” said Bagchi.

The MEA will be try to discourage the UN-OHCHR from issuing an “Allegation Letter” to New Delhi, as is being lobbied by Gurpatwant Singh Pannun, ‘General Counsel’ to SFJ.

SFJ has claimed that it has also donated $10,000 to the UN-OHCHR to support its work in the area of human rights.

Other sources said this was yet another caper to gather publicity by the largely-on-paper organisation by targeting big political leaders in India. In October last year, they recalled, a US court dismissed a $100-million lawsuit filed by SFJ against PM Modi and Shah.

In December, no one turned up in response to the SFJ’s call to gherao the Indian High Commission in London.

On Republic Day this year, SFJ caused only a brief commotion in front of the Indian Embassy in Rome on Republic Day.

The SFJ’s “Referendum 2020’’ had a hard landing after it failed to get any traction in the expatriate community while the Indian authorities turned the screws by charge sheeting several pro-Khalistani supporters including Pannun, Avtar Singh Pannun, Harpreet Singh and Kulwant Singh Mothada.

India has also issued a Mutual Legal Assistance Request to the US for investigations in “Referendum 2020”.