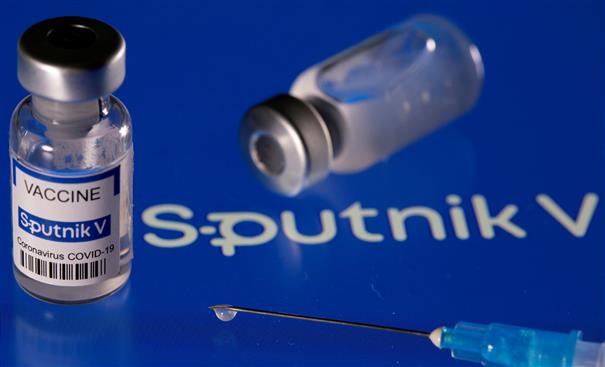 The Russian Direct Investment Fund (RDIF) has said more than 850 million doses of the Sputnik V vaccine are going to be produced annually in India, which has also given approval for the emergency use of the vaccine against coronavirus infections in the country.

The Drug Controller General of India (DCGI) has registered the vaccine under the emergency use authorisation procedure. This is based on results of clinical trials in Russia as well as positive data of additional Phase III local clinical trials in India conducted in partnership with Dr Reddy's Laboratories.

The vaccine has been approved for use in countries with a total population of 3 billion people or about 40 per cent of the global population, and India has become the 60th country to approve Sputnik V, RDIF, Russia's sovereign wealth fund, said in a statement.

India is also the most populated country to register the vaccine and also the leading production hub for Sputnik V, it added.

On Monday, sources said DCGI has granted permission for the restricted emergency use of Sputnik V with certain conditions.

Sputnik V will be the third vaccine to be used in India against coronavirus. In January, DCGI had given the emergency use authorisation for two COVID-19 vaccines -- Covaxin of Bharat Biotech and Covishield of Oxford-AstraZeneca manufactured by Serum Institute of India in Pune.

RDIF CEO Kirill Dmitriev said approval of the vaccine is a major milestone as both countries have been developing an extensive cooperation on clinical trials of Sputnik V in India and its local production.

"The Russian vaccine has efficacy of 91.6 per cent and provides full protection against severe cases of COVID-19 as demonstrated by the data published in one of the leading medical journals, The Lancet," he added.

"Over 850 million doses of Sputnik V are going to be produced in India annually sufficient to vaccinate more than 425 million people around the world," he said.

According to the release, RDIF has agreements with India's Gland Pharma, Hetero Biopharma, Panacea Biotec, Stelis Biopharma and Virchow Biotech aimed at production of more than 850 million doses per year.

As per RDIF, Sputnik V has a number of key advantages, including that there are no strong allergies caused by Sputnik V.

The price of the vaccine is less than US$ 10 per shot and it uses two different vectors for the two shots in a course of vaccination, providing immunity with a longer duration than vaccines using the same delivery mechanism for both shots, it added.

Other countries that have approved use of Sputnik V include Argentina, Bolivia, Hungary, UAE, Iran, Mexico, Pakistan, Bahrain and Sri Lanka. PTI