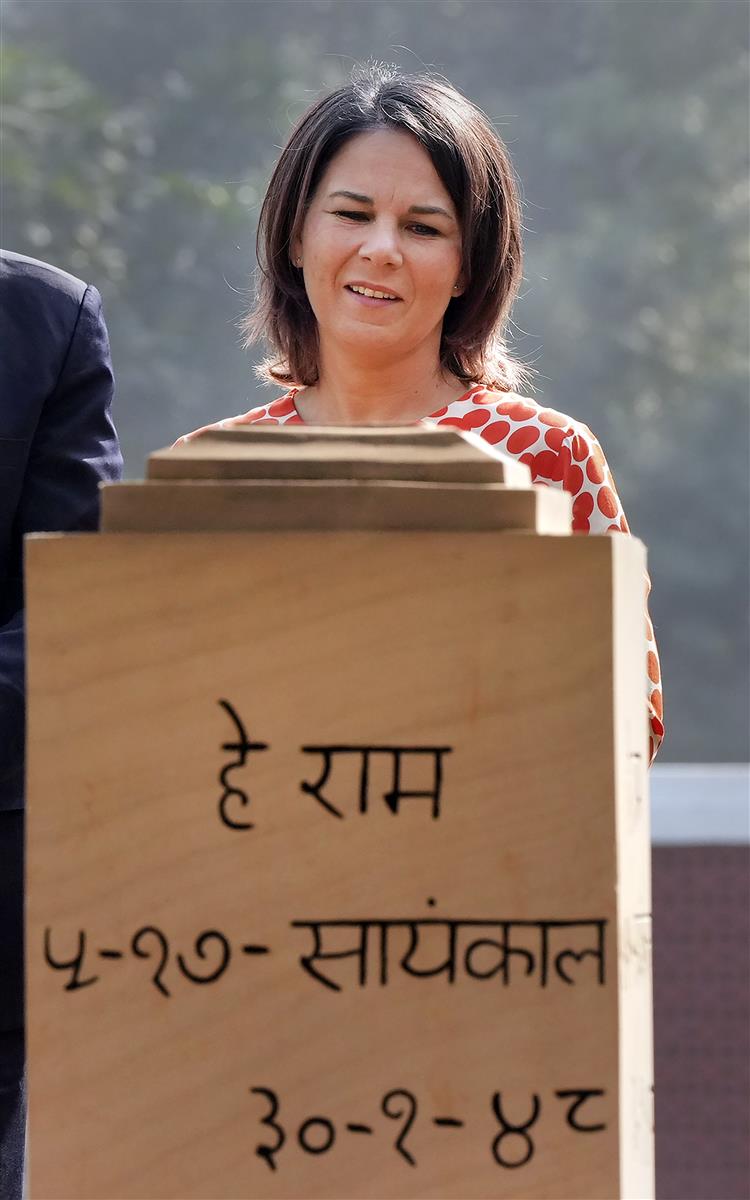 India and Germany on Monday inked a mobility partnership pact and held comprehensive discussions on key global challenges including the Ukraine conflict, situation in Afghanistan and cross-border terrorism emanating from Pakistan.

At a media briefing after talks with his German counterpart Annalena Baerbock, External Affairs Minister S Jaishankar strongly defended India's import of crude oil from Russia while noting that it is largely driven by market forces.

Jaishankar also said that India's position on the Ukraine issue is clear that this is not an era of war and that the conflict should be resolved through dialogue.

The visiting German foreign minister described India as a role model for many countries and noted that Berlin wants to bolster its security cooperation with New Delhi.

Asked about challenges facing the region from China, Baerbock said there is a need to asses the threats while describing Beijing as a competitor and rival in many ways.

Jaishankar said the situation in Afghanistan and cross-border terrorism emanating from Pakistan figured in talks.

He asserted that there can't be talks with Pakistan if it continues cross-border terrorism.

On the signing of the mobility pact between India and Germany, he said it is a strong signal of basis for a more contemporary bilateral partnership.

The pact will make it easier for people to study, do research and work in each other's country.

Baerbock arrived here this morning on a two-day visit, four days after India formally took over the presidency of the G-20 grouping.

In a statement earlier, Baerbock said "The Indian government has set itself ambitious goals not only in the G20 but also at home for its own people. When it comes to expanding renewable energies, India wants to push ahead with the energy transition more than before. Germany stands by India's side".

The ties between India and Germany are on an upswing in the last few years.

Ways to expand bilateral economic engagement and defence collaboration figured prominently in a meeting last month between Prime Minister Narendra Modi and Chancellor Olaf Scholz on the sidelines of the G-20 summit in Bali.