Indian mission in touch with UK side to prevent further attacks: MEA on Leicester incidents : The Tribune India

Indian mission in touch with UK side to prevent further attacks: MEA on Leicester incidents

As per UK police, a ‘minor disorder’ during a protest outside a Hindu temple in Birmingham has resulted in a man’s arrest and stop and search powers being deployed 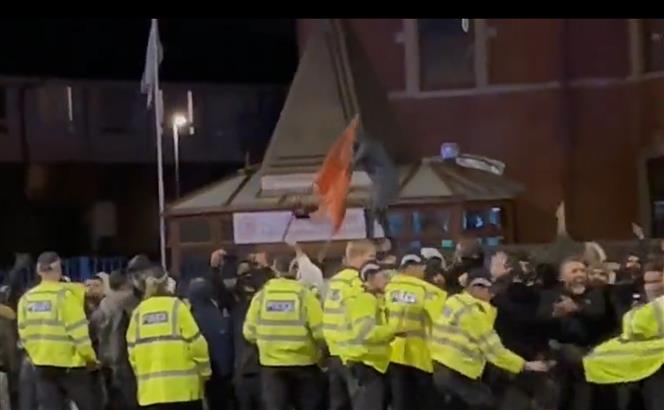 In the wake of incidents in Leicester and Birmingham involving violence targeting the Indian community, the Ministry of External Affairs on Thursday said the Indian High Commission is in touch with the UK side to prevent further attacks and take action against perpetrators.

The Indian High Commission on Monday had strongly condemned violence against the Indian community and vandalisation of Hindu premises in the eastern England city of Leicester and sought immediate action against those involved.

The UK police said on Wednesday a “minor disorder” during a protest outside a Hindu temple in the city of Birmingham involving fireworks targeted at police officers has resulted in a man’s arrest and stop and search powers being deployed.

Asked about the incidents, Ministry of External Affairs Spokesperson Arindam Bagchi pointed to the statement issued by the high commission condemning the violence.

“Our high commission continues to be in touch with the UK side. We are in touch with diplomatic and security authorities to prevent further attacks and take action against perpetrators,” he said.

During his meeting in New York with his British counterpart James Cleverly, External Affairs Minister S Jaishankar had raised this issue, he said.

Jaishankar had shared his concerns about the security and welfare of the Indian community in the UK with his British counterpart Cleverly and welcomed his assurances on the same.

On Indians held in Myawaddy area in southeastern Myanmar, Bagchi said, “We’re aware of IT companies recruiting Indian workers on pretext of jobs in Thailand who were then taken to Myanmar.”

“Thanks to our efforts we have facilitated rescue of some of the people,” he said.