Reproductive number of one or below one indicates a slowly spreading virus, while any number above 1 indicates a rapid spread; second wave in India is still not over, says official 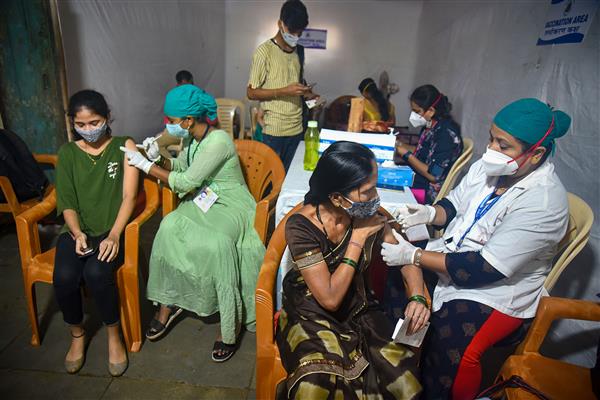 The government on Tuesday said India's reproductive number that denotes the spread of Covid-19 is more than one in eight states, including Himachal Pradesh, Tamil Nadu and Kerala.

Reproduction or reproduction number is a measure that highlights the number of people a coronavirus positive person infects, thereby reflecting the severity of its spread. A number of one or below one indicates a slowly spreading virus, while any number above 1 indicates a rapid spread.

An official said the pandemic is for from over, and the second wave, as far as India is concerned, is still not over. The daily new Covid-19 cases being reported across the world are still high as more than 4.7 lakh infections are being recorded every day, the official added.

The government said 44 districts across 12 states and Union Territories reported more than 10 per cent weekly Covid-19 positivity rate in the week ending August 2.

It added that in the last week, 49.85 per cent of the total coronavirus cases were reported from Kerala.

The government also said that the total number of Covid-19 vaccine doses administered in July is more than double of that in May. — With PTI