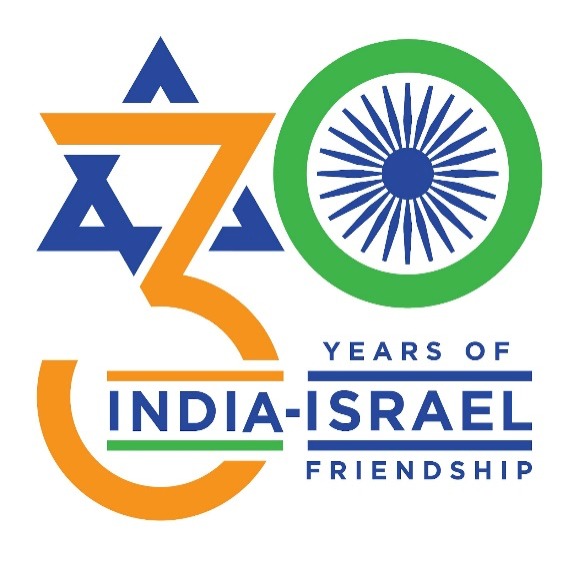 The logo that was launched by the two envoys features the Star of David and the Ashoka Chakra and forms the numeral 30.

Israel Ambassador Naor Gilon on Monday praised India for the absence of anti-Semitism or hatred towards Jews.

“There is no anti-Semitism in India, the phrase doesn’t exist,” Gilon said while jointly launching with India’s Ambassador to Israel Sanjeev Singla a commemorative logo to mark the 30th anniversary of the establishment of diplomatic ties between the two countries.

“Jewish people have thrived in India for centuries and enriched the culture,” agreed Singla while stating that ties in the last five years have moved on to a qualitatively high trajectory.

Gilon also hoped that new Israeli Prime Minister Naftali Benett would visit India in the coming months. In addition to taking ties to a higher level during previous Israel PM Benjamin Netanyahu’s tenures, the Modi government has also initiated an ‘economic Quad’ in West Asia consisting of itself, Israel, the UAE and the US.

The logo that was launched by the two envoys features the Star of David and the Ashoka Chakra and forms the numeral 30 depicting the 30th anniversary of bilateral relations.

Both countries had launched a logo design contest last year for students of prominent design colleges in Israel and India. The winning design was created by National Institute of Design’s Nikhil Kumar Rai from Varanasi.